Sergio Garcia RE-JOINS TAYLORMADE ahead of the US PGA Championship

Garcia signs new equipment deal with TaylorMade, where he had previously spent 15 years 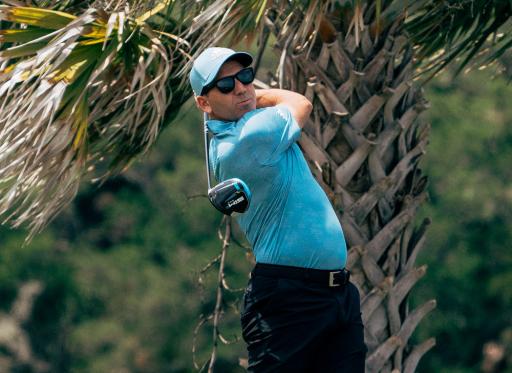 Sergio Garcia has re-signed with TaylorMade Golf ahead of this week's US PGA Championship at Kiawah Island.

Garcia, 41, had been with TaylorMade for 15 years before leaving the company to join Callaway in January 2018.

But despite failing to win a single PGA Tour event during his two-year spell with Callaway, the Spaniard decided to call time on his deal with Callaway in January 2020 citing "it wasn't the deal we thought" - READ MORE HERE.

He then became a free agent in the equipment world up until this week.

Garcia, who is Europe's record Ryder Cup points scorer with 25.5 points, revealed the news of his re-signing with TaylorMade Golf on his social media on Tuesday morning.

Excited to re-join @TaylorMadeGolf. I’ve always been comfortable with their team, their approach to the game and their equipment, especially their TP5X golf ball. Happy to be back #TeamTaylorMade! pic.twitter.com/tzHYak6GGy

"Excited to re-join TaylorMade Golf," tweeted Garcia, who finds himself 46th in the world rankings ahead of golf's second major of the year this week.

"I've always been comfortable with their team, their approach to the game and their equipment, especially their TP5x golf ball.

"Happy to be back #TeamTaylorMade."

Garcia, who continues to represent adidas Golf when it comes to apparel and footwear, is reportedly testing TaylorMade's brand new SIM2 Max driver in 8 and 9-degree models, as well as a new Spider Ex putter.

The Spaniard has TaylorMade SIM woods already in the bag, along with TaylorMade P750 irons, which he won The Masters with back in 2017. He has also this week switched from the TP5x ball into a TP5 ball for the PGA Championship.

"Some of my fondest on-course memories have come with a TaylorMade club in my hands and a TaylorMade golf ball on the tee," said Garcia.

"I am excited about the future, especially with the Olympics and Ryder Cup on the horizon, and I know that TaylorMade will help me achieve the absolute best possible results.

"I’ve always been comfortable with their team, their approach to the game and their equipment, especially their golf ball. I couldn’t be more excited to rejoin a group I consider family."

Garcia is bidding to win his second career major title this week. He came closest to winning the US PGA back in 1999 when finishing runner-up to Tiger Woods. He also finished tied second in 2008, and tied third in 2006.

SERGIO GARCIA: WHAT'S IN THE BAG AT THE 2021 US PGA CHAMPIONSHIP