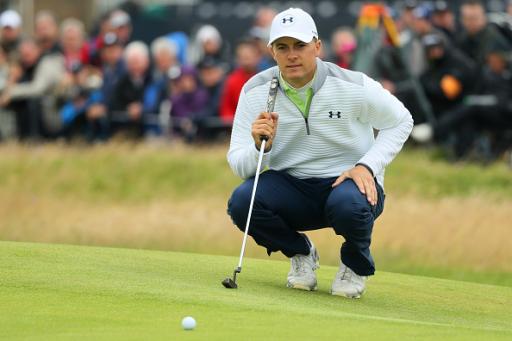 Jordan Spieth and Under Armour combines at the Open to track the two-time major champion’s activity, via the brand’s first ever smart golf shoe.

Using Under Armour’s connected fitness platform, UA Record, the Texan tracks his sleep, fitness, daily activity and nutrition as he trains to play.

In order to track his performance at Troon, Under Armour were forced to think outside the box as Spieth was not allowed to wear the UA Band during competition.

The new shoes are built from the same foundation as the UA Drive One golf shoe, and houses the same sensor technology that is seen in the UA smart shoe, the Speedform Gemini 2 Record Equipped.

A motion sensor collected data in the midsole, showing Spieth averaged 13,500 steps per day in Scotland, and 54,000 steps over the four days of competition.

Head to Under Armour's Jordan Spieth blog to learn more about his fitness regime.

US PGA
PGA Championship: Tyrrell Hatton already appears upset with course layout
US PGA
Phil Mickelson "was not missed" at PGA Champions dinner, says past champ
Equipment
Golf Betting Tips: Our BEST BETS for Round One of PGA Championship
US PGA
Tiger Woods, Rory McIlroy and Jordan Spieth in SAME GROUP at US PGA
PGA Tour
K. H. Lee: What's in the bag of the two-time AT&T Byron Nelson winner?