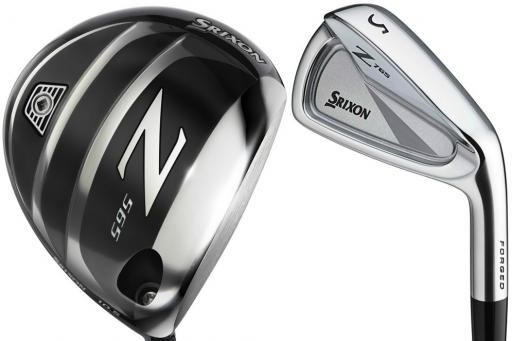 Srixon has unveiled its new Z65 woods, hybrids and irons, designed for maximum distance and control.

The Z 565 features a new 460 CC head that promotes a higher launch, more forgiveness and a slight draw bias.

The Z765 driver is slightly smaller in design and suited to the better player. It features a 445 CC head with a similar footprint to the previous Z745, but with an increased toe area.

Both benefit from ‘Ripple Effect’ technology, encompassing three features: A Power Wave Sole, which absorbs stress at impact for maximum energy transfer, the extended Stretch Flex Cup Face, which creates a 10% larger sweet spot area, and a Lightweight Crown, which allows for four grams of discretional weight to be repositioned for higher launch and increased MOI.

Like the new driver, the Z F65 fairway woods feature Ripple Effect technology, and feature an Arc Support Channel, which is progressively deeper by loft to stabilise initial launch conditions for more consistent distance and accuracy.

The Z965 is a compact muscle back blade ideal for better players. A new Tour VT Sole has been modified to move efficiently through the turf, reducing impact resistance and tightening shot dispersion for maximum consistency and control.

It combines an ultra-soft S20C head material with a new special heat treatment for a smooth and consistent feel.

The Srixon Z765 is a muscle cavity preferred by skilled players for its traditional profile and control.

The Z 565 irons are geared for golfers of all abilities.

Features a hollow construction in a slim profile, with a S20C body and SUP10 face.

Like the new Z 65 irons, these utility clubs also feature 5% larger grooves for more spin and control on longer shots into greens.

The Z U65’s hollow construction also allows weight in the club head to be repositioned low in the head for a higher initial launch for more carry.

The Z U65 utility features the same ‘Ripple effect’ that can be found in the Z 65 series driver and fairway wood.