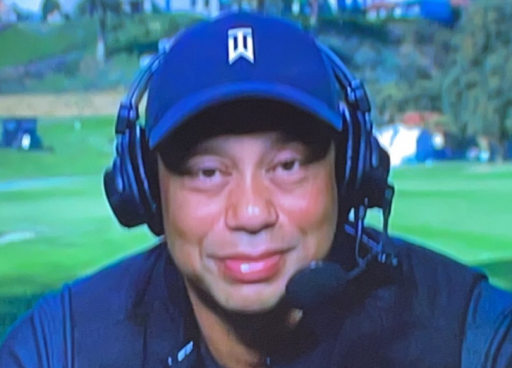 Tiger Woods has confirmed he has decided to add some length to his putter so that he doesn't have to "bend over as far" as he continues to recover from a fifth back surgery.

Woods was speaking to Jim Nantz during CBS Sports' final round broadcast of the Genesis Invitational, a tournament hosted by the 15-time major champion.

“I’ve lengthened my putter. I don’t have to bend over as far," said Woods, who is currently ranked 50th in the world rankings having not played a competitive PGA Tour event since The Masters in November.

Woods made it clear to Nantz that he has not been able to work on any other part of his game other than his putting while he continues to recover from a fifth back surgery to remove a pressurised disc fragment at the end of December.

US Ryder Cup captain Steve Stricker reportedly first discussed the idea of lengthening the putter with Woods to ease his back pain at last year's US PGA Championship.

For the golf geeks among you, here's a look at Woods' new putter specs in more detail.

Woods also discussed how he was recovering from his recent back surgery, and whether or not he would be competing for a sixth Green Jacket at The Masters in April.

While claming it's very much the plan to be at Augusta National in seven weeks time, Woods did not sound overly positive.