Tiger Woods will use a new Bridgestone golf ball for the first time in competition when alongside his son Charlie Woods at the PNC Championship from December 18 to 19. 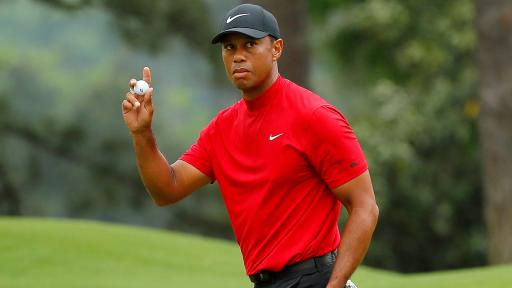 Tiger Woods will debut a new golf ball in competition when he tees up alongside his 12-year-old son Charlie Woods at this weekend's PNC Championship at Ritz-Carlton Golf Club.

Woods, who posted the news on his Instagram page today, will be using a new Bridgestone Tour B XS prototype golf ball when he tees up for the first time since his horror car crash back in late February.

This Saturday's first round of the 2021 PNC Championship will mark Woods' first competitve round of golf since he finished seventh alongside Charlie on debut in this father-son event 12 months ago.

Woods had previously been using the 2020 version of the Bridgestone TOUR B XS golf ball.

Tour B XS is a ball best suited for better players that seek improved feel along with added distance. The ball's softer urethane cover has a mid compression rating (75), providing a soft feel.

The 15-time major champion is expected to be using the same equipment that we last saw him use on Tour, but who knows, there may be a few changes so let's keep an eye on his bag.

Should he stick with what he had in the bag at the end of 2020, then he will be using the old TaylorMade SIM driver and fairway wood, a TaylorMade P790 UDI, TaylorMade P7TW irons, TaylorMade MG2 wedges and his famous Scotty Cameron Newport GSS putter.

US PGA
Justin Thomas calls Tiger Woods "FREAK OF NATURE" despite US PGA exit
PGA Tour
How to live stream the Charles Schwab Challenge on the PGA Tour for free online
PGA Tour
Bubba Watson FORCED OUT of PGA Tour action for "four to six weeks"
Equipment news
Justin Thomas: What's in the bag of the 2022 PGA champion
US PGA
Shane Lowry rushes to the defence of Rory McIlroy and slams "armchair golfers"