The technology is permitted under the Rules of Golf. 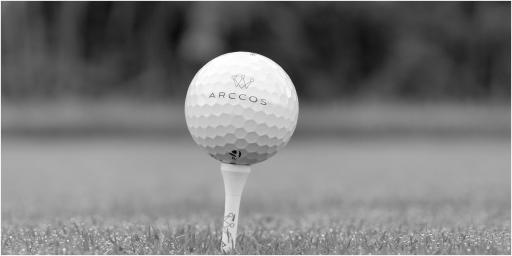 The Arccos Caddie app will enable its users around the world to track and compare their performances with different golf balls.

The company claim they are on a mission to deliver personalized insights to players of all skill levels.

This latest update, they say, allows users gives the users the ability to select the model at the start of every round.

Among the benefits, they say it tracks player performance with a simple user interface.

That user face allows its players to put it in tournament mode or a casual round.

This will clearly help with amateur players when they have lessons, as it can show how they perform under pressure.

"This is the initial step in our process of analysing how a player's ball selection may impact every aspect of their game, from equipment choices to club selection and even in-play strategy," said Dave LeDonne, Arccos’ vice president of product.

"It’s enabling the smartest system in golf to become even smarter by helping unlock true golf ball performance comparisons based on real, on-course shot data rather than what's captured on a range or in a simulator."

Arccos members have recorded an astonishing eight million rounds and nearly 500 million shots with the system, while playing courses in 194 countries.

This feeds the world’s largest on-course dataset, which now includes 35 billion separate data points that are analysed to help golfers perform their best. In 2020, the average new Arccos member improved their handicap by 5.02 strokes.

The technology is permitted under the Rules of Golf.