Tiger Woods switches back into his adored Scotty Cameron Newport 2

Another week, another Tiger Woods putter switch - and this time he's gone back to an old friend. 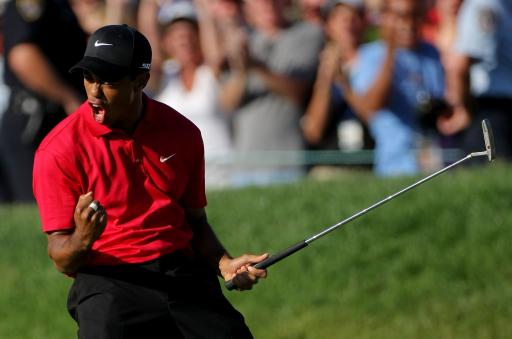 Tiger Woods has returned back to his Scotty Cameron by Titleist Newport 2 blade putter at this week's BMW Championship.

Woods has been flirting with different TaylorMade putters in recent weeks following a disappointing period of form on the greens, despite going on to finish second at the US PGA Championship last month and finishing tied sixth at The Open in July.

The former world number one ranks 50th in strokes gained-putting on the PGA Tour right now - a figure that doesn't seem to indicate the flatstick is serving as an Achilles' heel - but he finished last in the field in strokes-gained putting at The Northern Trust two weeks ago, and took 33 putts in the final round at last week's Dell Technologies Championship.

Woods has put the Scotty Cameron Newport 2 back in the bag, as indicated by these images from today...

And here’s to you, Mr. Newport 2. A nation turns its lonely eyes to you. pic.twitter.com/fdPQEf4n5a

Acting as something of an old friend, Woods has used this particular putter for 13 of his 14 major championships.

Starting in 2004, which is the first year the PGA Tour had strokes gained-putting calculated, Woods ranked first, fifth, 21st, second and second with the Scotty Cameron.

Woods changed to a Nike putter at the 2010 Open Championship and went back and forth between Nike and his Scotty Cameron for a bit before settling in with a Nike model in 2011.

It remains to be seen whether Woods puts faith back in his old trusted wand, or starts tinkering once again.