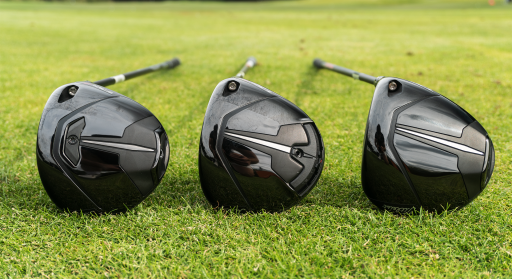 Titleist has launched their new TSR Drivers and Fairway Metals which represent the third instalment of the Titleist Speed Project.

The new TSR Drivers (£529, £699 premium) come in three models and they debuted at the Travelers Championship on the PGA Tour. Cameron Smith and Cameron Young used them on their way to finishing one and two at The 150th Open Championship.

Since the start of the Titleist Speed Project, Titleist engineers have put greater emphasis on aerodynamics as being one of the most essential components in increasing clubhead speed.

Among the refinements, TSR models feature a new ‘boat tail’ shape that houses the swing weight, moving one more element of drag of the club sole.

Each of the three driver models, the TSR2, TSR3 and TSR4, provides distinct performance options for a variety of golfers.

The TSR2 is a "max" performance driver offering the perfect combination of speed and stability, whilst the TSR3 brings speed and distance through precision-tuning technologies such asvSureFit Adjustable CG Track weighting.

The TSR4’s adjustable weighting system allows for more control than ever. The new TSR range is versatile and each driver can cater for a number of different golfers.

More than 80 players on the PGA Tour have already made the switch to TSR drivers - including Justin Thomas, who put a TSR3 driver in play to begin the FedEx Cup Playoffs in August.

They show the newest advancements in metal wood technology and offer options for all golfers looking to gain an advantage off the tee and from the fairways.

The Titleist TSR2, TSR2+ and TSR3 clubs are made with Open Hosel Construction. Engineers removed excess weight found high and towards the heel of the clubhead, allowing them to reposition weight and make improvements to essential areas of performance.

In the TSR3 fairways, engineers utilised the Open Hosel Construction to shift the CG deeper and lower whilst simultaneously moving it closer to the centre of the face.

The TSR2 features Titleist’s lowest-ever CG for complete steel construction, whilst the TSR2+ provides the deepest CG of any Titleist fairway metal. TSR3 has an even deeper and lower CG than its predecessor.