Bubba Watson won his 10th PGA Tour title at the 2018 Genesis Open - check in his bag. 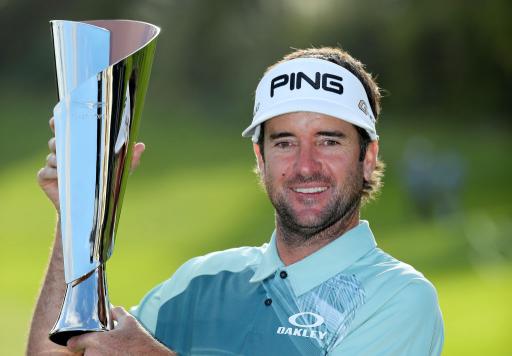 The American fired a two-under 69 at Riviera, California, to win the event by two strokes.

"The last year and a half, almost two years, has been a struggle, because I want to be at the top," he said.

"I was top 10 in the world for a few years, so not being there you feel like: 'Is this it? Is this my old man moment where I can't play golf again?'"

Watson admitted he needed to be convinced by his wife, Angie, to carry on playing after contemplating giving the game up.

"I was close to retiring - my wife was not close," he said. "My wife basically told me to quit whining and play golf. She's much tougher than I am. I was focusing on the wrong things - pitiful me and not how beautiful my life was.

"Nobody thought Bubba Watson from Bagdad, Florida would ever get to 10 wins - without lessons, head case, hooking the ball, slicing the ball, can't putt."

The 39-year-old holed five birdies in his final round, with three bogeys on the card.