Luiten triumphs at inaugural Oman Open - in the bag 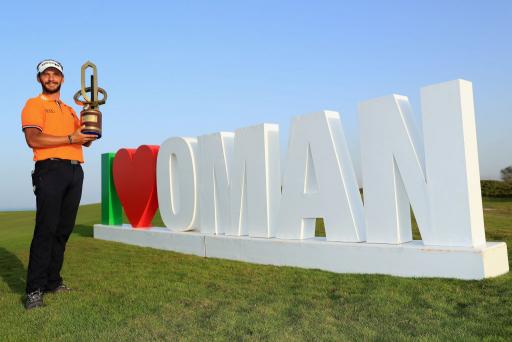 The Dutchman and Bristolian were tied going into the back nine, but a bogey on the 17th from Wood proved critical as Luiten trumped him by two strokes.

"It's always tough to win out here, all these guys are so good and they keep putting pressure on you," Luiten said.

"Down the stretch I hit some nice shots, I made some nice putts and it was a nice battle with my friend Woody.

"I need to win another couple to get into the Ryder Cup team but it's a great start to the year for me."

While disappointed, Wood will take heart from a change in form after struggling over recent weeks.

"I'm pretty down but in the grand scheme of things it's night and day to how I've been," said Wood.

"After a couple of days I'm sure I'll reflect and see it's a big step in the right direction this week."