What was in the winning bags?

Take a look at the equipment used by last week's winners on the PGA and European Tour. 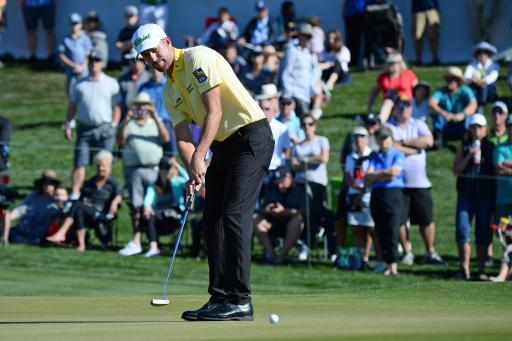 The Waste Management Phoenix Open proved to be another successful week for the PGA Tour, with the wild crowds arriving in the thousands to get behind the players on the iconic 16th hole, while the controversial Saudi event saw some of the biggest names in golf switch over to the European Tour, including Brooks Koepka and Phil Mickelson.

Graeme McDowell picked up his first victory on the European Tour since 2014, as he beat Dustin Johnson by two shots in Saudi Arabia.

Johnson eagled the final hole to move him into second, ahead of American team mate Mickelson, who finished T3 alongside Gavin Green and Thomas Pieters.

The 40-year-old Northern Irishman was delighted to get himself back in the winning circle, but he believes there is much more to come.

"I'm just so excited about the year," McDowell said. "I was hoping I was going to have a big season; fourth in Hawaii got me off and running and then a missed cut in Dubai last week, but I knew I played well.

"My big goal this year was to be back in the top 50 in the world, back competing in the big tournaments. I'm very excited that it's happened a little faster than I expected but hopefully it's laying some foundations down for having a big year.

"I really feel like I'm moving in the right direction, and it's weeks like this that really give that you which I can additional effect and hopefully I can use it."

Graeme McDowell - What's in the bag?

Webb Simspon - What's in the bag?

NEXT PAGE: Woman FLASHES to players at Phoenix Open