Colin Montgomerie: "I feel for the young guys on the European Tour"

Montgomerie claims it is "distressing" to see the European Tour forced into taking a step back... 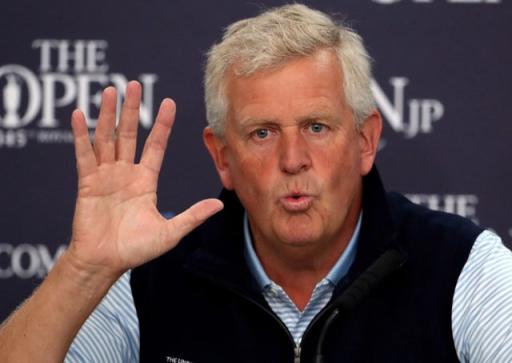 Colin Montgomerie has told BBC Sport he feels sorry for the younger players on the European Tour who thought they would be playing for millions on the circuit this season.

The European Tour last week announced changes to its schedule due to the coronavirus pandemic with a new six-week UK swing that features two tournaments played back-to-back at Celtic Manor, the scene of where Montgomerie led the 2010 European Ryder Cup team to victory.

While happy to see live golf return to the European Tour schedule, the 31-time European Tour winner feels a great deal of sympathy for those players that earned their cards on Tour for this season with prize money at tournaments now slashed as a result of the virus.

Each of the six tournaments in the UK swing will feature a total prize fund of around £890,000.

"It's sensible," Montgomerie told BBC Sport. "I know the prize money isn't what they'd expect but it gets the membership playing golf.

"It's a total reset and I feel for the young guys coming through who thought they were going to be playing for millions.

"It will take a few years before we get back to those times. It is distressing because the likes of Ken Schofield, George O'Grady and now Keith Pelley worked hard to build this European Tour up to what it is today.

"It is a shame for all the hierarchy of the tour to see it just stop."

EXCLUSIVE: CELTIC MANOR - "WE ARE IN A RACE AGAINST TIME TO BE READY FOR CONSECUTIVE EUROPEAN TOUR EVENTS"

Elsewhere, talks of a potential merger between the PGA Tour and European Tour have emerged again this week after European Tour CEO Keith Pelley said conversations between the two tours are "stronger than ever."

Pelley, chief executive of the European Tour, explained on the McKellar podcast that although the European Tour doesn't need their American counterpart, working together and closer will certainly benefit both parties.

"I do get a kick out of people saying we are going to go bankrupt," said Pelley.

"I had quite a chuckle when I heard people say the European Tour had to merge with the PGA Tour to survive financially – and to that I would say absolutely not.

"I have been having conversations with [PGA Tour commissioner] Jay Monahan for the past three years [and] there is definitely a will for us to work together.

"Those conversations are stronger than they’ve ever been. Where it leads I’m not sure but I am optimistic the PGA Tour and European Tour will work closer together in the future because that’s a positive for our game."