GolfMagic reveals its best bets for the European Tour's final event of the year in Dubai... 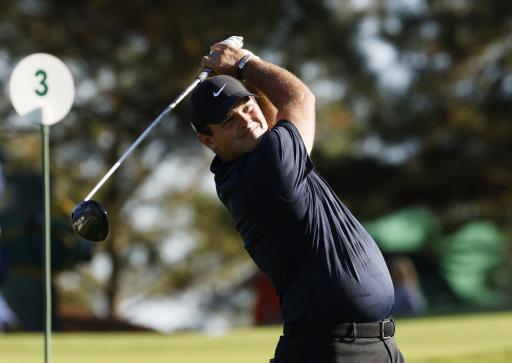 Just when you thought all hope was lost of seeing any Christmas pantomime villains up close and personal this month, all eyes will be on Captain Hook America as Patrick Reed goes in search of becoming the European Tour's new No.1 for the first time in his career.

Is the Race to Dubai all over heading into this week's DP World Tour Championship? Oh no it isn't.

Reed leads the race heading into this week's season finale at the DP World Tour Championship, but he will certainly need to be on his game if he is to fend off the likes of former champion Tommy Fleetwood, reigning US PGA winner Collin Morikawa, two-time Order of Merit champion Lee Westwood and the circuit's hottest player Christiaan Bezuidenhout, who arrives here off the back of consecutive wins in South Africa.

GolfMagic's Andy, Jack and Alex have taken a full look at the field and come up with their best bets for this week's final event of the European Tour season.

Pick 1: Matt Wallace - 25/1- The Englishman will perhaps be a little disappointed with how he closed things out last weekend at the Golf in Dubai Championship, falling out the gates in the final round before rallying late for a tie for second. Wallace finished tied second in this event two years ago, and typically plays some of his best golf in Dubai - as reflected by last week's performance and also his solo second at the Dubai Desert Classic last year. He's speaking confidently, which is always a good sign, and if he can straighten out his driving then he should go very close in his pursuit of a fifth European Tour title. At the prices, he's my first-choice pick.

Pick 2: Tyrrell Hatton - 12/1 - It's been some season for the Englishman and a victory here would just cap things off superbly. Hatton won his first title over on the PGA Tour earlier this year at the Arnold Palmer Invitational at Bay Hill, and then won his biggest title on the European Tour with victory at the BMW PGA Championship at Wentworth. Similarly to Wallace, he plays some of his best golf out in Dubai as reflected by a handful of top-three finishes over there in recent years, and he finished tied second in this event back in 2016. He hasn't played competitive golf for the best part of two weeks so he should certainly be fresh for one final push to close out 2020.

Pick 1: Patrick Reed - 8/1 - Reed might not be the most popular ever winner of the Race to Dubai, but I can see him closing this one out in style and winning this tournament at the same time. You could say it would also come at the best possible time given the European Tour has just recently partnered on a new "strategic alliance" with the PGA Tour. The American arrives here off the back of five consecutive top-15 finishes and he also finished tied second in this event two years ago. The price is perhaps a little short, but he would love nothing more than to silence some critics and win the European Tour's biggest accolade of the season this week.

Pick 2: Christiaan Bezuidenhout - 20/1 - What an incredible run it's been for South Africa's new star following back-to-back victories on home soil the past two weeks on the European Tour. It would take some effort to win three events in a row - something that has never been achieved on the European Tour before - but he did finish tied 12th here last year so clearly likes the venue. If he's still got a bit of energy left after the exertions of the past two weeks, 20/1 could end up looking a huge price for the circuit's hottest player.

Pick 1: Matt Wallace - 25/1 - I'm completely with Andy on this one, Wallace looks a huge price following his recent performances on the European Tour. The fact he loves playing out in Dubai only makes me feel even more confident in his chances this week. It's a stellar field, of course, but Wallace's game looks to be trending for a big finish to the season. He seemed to lose his driver on the front nine in the final round last week and that cost him dearly, but he finished really well and that should give him a lot of confidence heading into this one. The standout pick at the prices.

Pick 2: Danny Willett - 50/1 - It's not been his greatest season to date, slipping from inside the top 30 last year to a current 65th in the world. However, Willett won this tournament two years ago, and also bagged the Dubai Desert Classic in 2016, so he's another Englishman who typically brings his best golf to Dubai. He's a big-time player as reflected by his Masters win in 2016 and BMW PGA triumph last year, and I fancy him to turn up again this week. It's certainly a big price if he does.