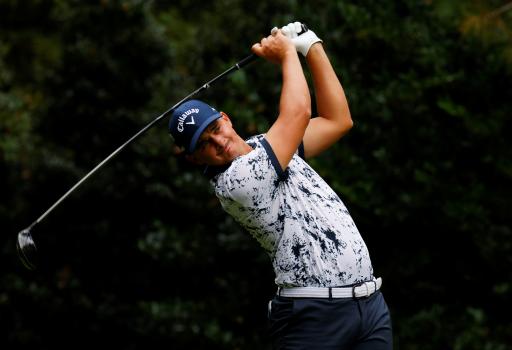 Christiaan Bezuidenhout made it back-to-back European Tour wins on home soil with a victory at the South African Open on Sunday, cruising to a 5-shot win over Jamie Donaldson.

The South African went into Sunday's final round with a five-shot lead but that was cut to three as he made the turn, with Bezuidenhout struggling to find his best at the Gary Player Country Club.

Any fears of a back-nine collapse were quickly diminished as Bezuidenhout made three consecutive birdies to extend his lead once again.

Another birdie was added to the scorecard at 16, before the 26-year-old closed for a 3-under par final round of 69, while Donaldson's second place finish was enough to earn him a place at the season-ending DP World Tour Championship in Dubai this week.

"It's unbelievable to stand here with an Open win," said Bezuidenhout. "It's any South African golfer's dream to win a national tournament. It's unreal.

"I fought hard today, the front nine things didn't really go my way and I just dug deep to come out with a win today. I knew I had to make pars coming in and I did it. I'm really, really chuffed to stand here as a winner."

Bezuidenhout entered this week's tournament as one of the favourites, following his win at the Alfred Dunhill Championship in South Africa last week and he barely put a foot wrong as he cruised to another victory.

With four rounds in the 60's at the Gary Player Country Club, Bezuidenhout made just three bogeys all week and now goes into the DP World Tour Championship sitting in fifth place in the Race to Dubai rankings.

Four of the top five players at the South African Open were natives of the country, with Dylan Frittelli taking third place, Dean Burmester in fourth and JC Ritchie in fifth.

Donaldson, the Welsh veteran, put together a mixed final round that included six birdies but three bogeys as he claimed second place, although he never really applied any pressure to Bezuidenhout due to his healthy lead throughout Sunday's round.

Bezuidenhout now has three European Tour titles to his name and he becomes the first player to win back-to-back European Tour events since Justin Rose in 2017.

NEXT PAGE: How much Viktor Hovland and every player won at the Mayakoba Golf Classic