Is the end nigh for Sky Sports Golf following the European Tour's latest announcement with Discovery's GOLFTV? 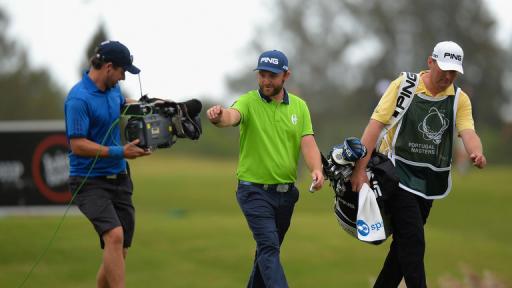 The European Tour has announced a new partnership with Discovery's new streaming service GOLFTV, leading many people to believe Sky Sports' future golf coverage could be in jeopardy.

GOLFTV debuts in January 2019 but will not be showing exclusive live golf coverage in the UK just yet.

The wide-ranging agreement between the European Tour and Discovery includes international multi-platform live rights, in selected territories, to all its tournaments and the next two Ryder Cups in 2020 and 2022.

Discovery, which recently bought all of the PGA Tour's international media rights outside of the United States for the next 12 years for £2 billion, will also collaborate to further grow the European Tour’s digital platforms, showcasing the Tour’s innovative content worldwide.

According to the European Tour's report, GOLFTV - something similar to that of Netflix or Amazon Prime - aims to become the "digital home of golf" for fans across the world.

Tiger Woods also signed a deal with the brand to produce a range of content including golf instruction and insider information to his weekly practice, as well as exclusive post-round commentary. Click here to learn more.

As it stands, GOLFTV will show the PGA Tour in the UK from 2022 but has not yet confirmed a date for its European Tour coverage. Interestingly, Sky Sports Golf's current deal with the PGA Tour runs until 2022.

The move by the European Tour would apper to cast serious doubt over the future of tournaments for Sky Sports Golf, which had been the home of all four majors up until 2017 until losing rights to show the US PGA Championship.

The US PGA moved to BBC in 2017 and then onto Eleven Sports in 2018, which caused a number of issues for golf fans who branded the streaming service as "terrible".

Sky Sports is reportedly looking to spend the majority of its spend on re-acquiring the Champions League football rights after losing them to BT Sport three years ago.

As of yet, no UK broadcaster has confirmed coverage rights to show the 2019 Masters, which will no doubt be a big talking point in golf early next year ahead of golf's first major in April.

"Welcoming the European Tour and The Ryder Cup into the GOLFTV world is a significant step in our journey to becoming a premier global destination for golf entertainment," said Alex Kaplan, President and General Manager of Discovery Golf.

"To offer fans the chance to watch some of the biggest tournaments of the year week in and week out, featuring the world’s greatest players and their national heroes, is the perfect foundation of must-have content that fans can’t live without.

"To become the true ‘digital home of golf,’ we know we must think differently and go further than anything that has been done before.

"Forging a deeper relationship with the European Tour to help develop and grow its digital assets is a perfect example of that, and it highlights our long-term aim to build a true ecosystem around golf, leveraging Discovery’s global presence and expertise to achieve this at scale."

Keith Pelley, Chief Executive of European Tour, said: "Discovery has a very a strong vision for GOLFTV as a multi-platform destination for golf and we are delighted to be combining our global reach in 2019.

"Our partnership with Discovery, combined with our other broadcast deals, means that every fan in every territory will now be able to watch the European Tour. This new partnership is therefore an exciting move for us, allowing us to showcase the stars of the European Tour and our innovative content to a new audience."