Ryder Cup veteran Ian Poulter has leapt to the defence of Rory McIlroy and hit out at his recent critics. 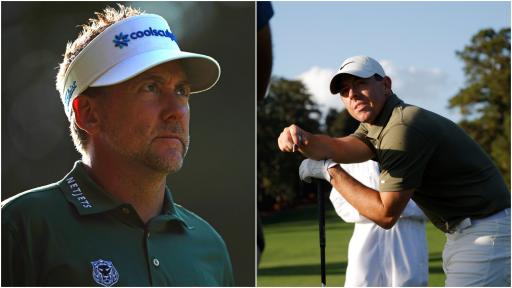 McIlroy made his first start of 2021 and got off to a hot start and survived a mid-tournament wobble to take the 54-hole lead, one shot clear of Englishman Tyrrell Hatton.

The Northern Irishman was unable to capitalise on his leading position and Hatton pulled clear, leaving McIlroy in his wake to claim a four-shot victory and his fourth win in his last 20 starts.

"It's ridiculous," Poulter told Sky Sports News. "Rory is probably, pound-for-pound the most consistent golfer on the planet. When you look at how many top fives and top 10s he has, his record is incredible.

"We all expect so much of him because he is such an incredible talent. And when someone like Rory is a prolific winner in his early years, and then hasn't won a major for a few years, the questions get asked.

"But Rory McIlroy is one of the most motivated golfers I've ever seen, and one of the most professional. He's extremely knowledgeable about the game of golf, and about his own game, and he's always looking to make improvements.

"I guess it's hard being in his position, when there are huge expectations and none more so than the expectations he has of himself. So finishing third in Abu Dhabi is probably a disappointment for him when he was leading going into Sunday.

"But it was still a third-place finish, it's not like he completely blew up and finished outside the top 10. He is one of the most consistent players we've ever seen in golf."

RELATED: Tyrrell Hatton has his eyes set on securing Ryder Cup spot "as fast as possible"

With Ryder Cup qualification points up now up for grabs, Poulter - who has slipped outside the world's top 50 - remains "committed and focused" on securing a spot in Team Europe at Whistling Strait, whilst the idea of travelling as an assistant to team captain Padraig Harrington will remain a last resort.

"There's been no conversation and there will not need to be a conversation until the 'last resort' string has been pulled," said Poulter. "I am committed and focused.

"Yes I'm 45 now, but the challenge for me is to stay hungry, stay committed to all the good things I've been doing with my game and everything around it to make sure I'll be slipping on a shirt in September and not holding a radio.

"I am very driven to make sure I'm in that team."