After moving up to 5th in the world rankings, Tyrrell Hatton hopes to book a spot in Padraig Harrington's Ryder Cup side sooner rather than later. 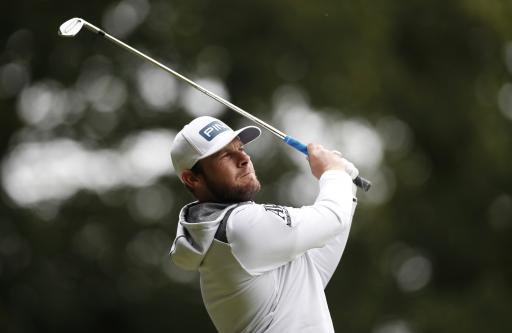 Tyrrell Hatton revealed he aims to qualify for this year's Ryder Cup at Whistling Straits "as fast as possible" after winning the Abu Dhabi HSBC Championship on the European Tour last week.

The Englishman sealed his fourth victory in his last 20 starts and moved up to 5th in the world rankings, the highest position of his career and Hatton said that securing a spot in Padraig Harrington's team in September is one of his main goals.

When Europe beat the USA in France in 2018, Hatton made his Ryder Cup debut whilst ranked 26th in the world, but should he qualify this year, he will be one of Harrington's most important players given his recent form over the past year and a half.

"Any time you win it gives you massive confidence, and to win in my first start of the season is a great feeling with Ryder Cup points starting again this week," said Hatton after his victory in Abu Dhabi.

"That's definitely a goal of mine for the year ahead, so to pick up a lot of points this week is great. I want to secure my place on that team as fast as possible, and this week's certainly gone a long way to helping me achieve that goal.

"The last Ryder Cup was the best golfing experience of my life to date. Home fans, and that first tee with the grandstand was just amazing. I absolutely loved the week.

"I'm sure it will be a very different experience playing away, if I make that team, and hopefully I'm there at Whistling Straits. So I'd love to try and help the team win.

"But you know, there's a lot of golf to play between now and again, but fingers crossed that I'm there."