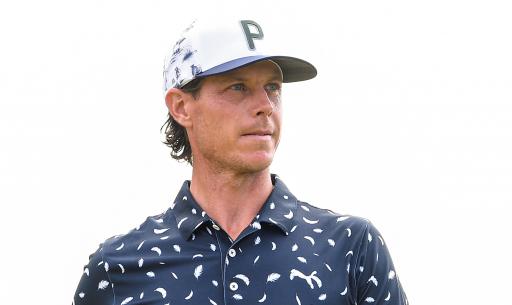 An emotional Kristoffer Broberg clinched his second European Tour title in six years with a three-shot victory at the Dutch Open.

The Swede stretched his lead to nine shots with a birdie at the first hole but he stumbled thereafter with a number of errant drives that saw him battling for pars - and bogeys - for much of the day.

What it meant for Kristoffer Broberg to claim his second Tour victory #DutchOpen2021 pic.twitter.com/Ag6Kypvkm9

He would bogey the par-4 3rd but would then make his second birdie of the day at the par-4 10th to move five shots clear of the chasing pack with eight holes to play.

But things started to unravel for the Swede shortly after as he did well to escape with just one dropped shot at the par-5 12th when finding the native area. Incredibly, Broberg chipped in for bogey to avoid a total disaster.

That led to a two-shot swing with his playing partner Matthias Schmid, who closed the gap to three shots.

Broberg then drove into water at the par-4 14th en route to another bogey and just a two-shot lead with four holes to play.

But he composed himself on the way in with solid pars at the 15th and 16th before etching his name on the trophy with an all-important birdie at the par-3 17th over water.

Broberg had the luxury of making par at the par-5 18th for a round of 72 and run out a deserved three-shot victory on 23-under par.

Germany's Schmid finished alone in second on 20-under par fter his closing 66, with Spain's Alejandro Cañizares back in third on 18-under par following a round of 68.

Broberg announced himself to the golfing world in August 2012 as he won three events in four weeks on the European Challenge Tour, and just over three years later he was a European Tour winner at the 2015 BMW Masters.

The ride since then has been anything but smooth, with hip and knee injuries contributing to him playing just 11 events between 2018 and 2020.