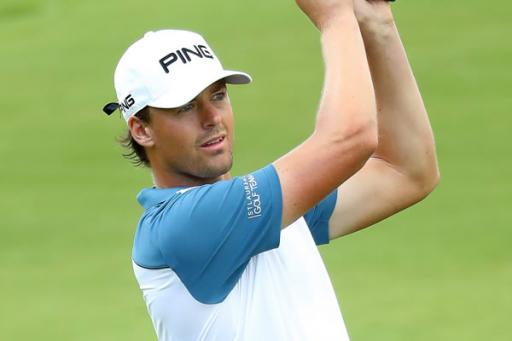 Victor Perez raced to the top of the leaderboard on day one of the European Tour's season-ending DP World Tour Championship as he goes in search of becoming the first Frenchman to win the Race to Dubai.

As things stand Victor Perez will win both the DP World Tour Championship and Race to Dubai. pic.twitter.com/E1DsCY5Iqy

As things stand, Perez, who started sixth in the Race to Dubai standings entering this week, would go on to become the European Tour's new number one - but there are still 54 holes left to play and much can change.

“As always on these tough courses, tough pins today, they really put up a good setup with some of the pins,” said Perez, who has twice finished runner-up in Rolex Series events this season.

“It was just about holing a few good putts, driving the ball well, doing everything fairly well but obviously making a few putts, which you need those type of days.

“In the position I'm in, I have nothing to lose. I have everything to gain. So for me it's really a going-for-it mentality that I have to keep for four rounds. Obviously you still have to play proper golf and hit the right shots and sometimes take your medicine, but again, I have really nothing to lose, and it's a matter of making a lot of birdies.”

Tommy Fleetwood, who won the Race to Dubai in 2017, is in contention to win his second Race to Dubai title after progressing to 3-under par for the tournament, alongside three-time Rolex Series winner Tyrrell Hatton, Germany's Martin Kaymer and Finland's Sami Valimaki.

Patrick Reed, who led the Race to Dubai heading into this week, carded a solid 2-under par 70 to keep himself in contention of becoming the first American to win the European Tour's season-long race.