Reed strengthens his bid to win the European Tour's Race to Dubai for the first time in his career... 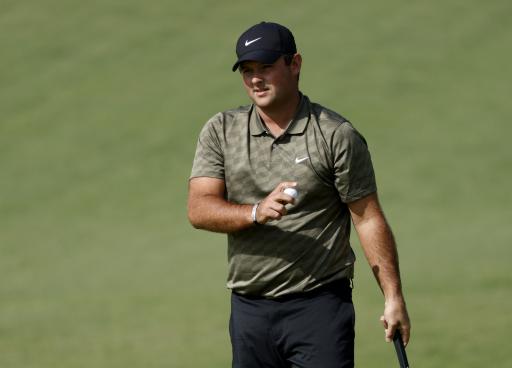 Patrick Reed surged to the top of the leaderboard at the European Tour's season-ending DP World Tour Championship on day two following a blistering 8-under 64.

Reed, 30, already held the lead in the Race to Dubai heading into this week so he has now strengthened his chances even further of becoming the first American to win the season long race on the European Tour.

The 2018 Masters champion sits at 10-under par after 36 holes and finds himself two strokes clear of England's Matthew Fitzpatrick, who won this tournament back in 2016.

Fitzpatrick was interviewed by Sky Sports Golf's Tim Barter on the way round and he made it very clear that he despises slow play. Watch his interview below:

Reed produced some tremendous golf on the outward nine, going out in 31 strokes before adding a sixth birdie of the day at the 10th.

He bogeyed the par-4 12th but then bounced back well with three birdies on his closing four holes to take the outright lead heading into the weekend at Jumeirah Golf Estates in Dubai.

England are also well represented on the leaderboard with Tyrrell Hatton and Laurie Canter in a tie for third on 7-under par, while compatriots Lee Westwood and Tommy Fleetwood are in a group of four players on 6-under par alongside Finland's Sami Valimaki and South Africa's Branden Grace.

Yet another Englishman Danny Willett is a further stroke back on 5-under par with Germany's Martin Kaymer and Spain's Adri Arnaus.