Lee Westwood crowned European Tour's No.1 for the third time, as Patrick Reed throws it all away on back nine 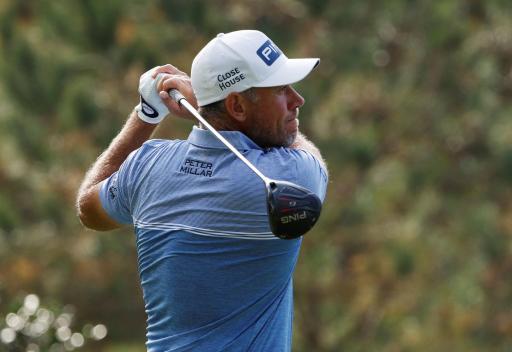 Lee Westwood was crowned European Tour No.1 for the third time in his career after landing the Race to Dubai on Sunday, while his compatriot Matt Fitzpatrick landed the season-ending DP World Tour Championship for the second time in his career.

Westwood, 47, posted a final-round 68 to finish 14-under par for the tournament in solo second - enough to nose ahead atop the Race to Dubai standings - and one stroke shy of eventual winner of the tournament Fitzpatrick on 15-under par.

The Race to Dubai title marks a third time that Westwood has won the European Tour race following Order of Merit victories in 2000 and 2009, and at the age of 47 he becomes the oldest Race to Dubai winner.

"It's difficult to take it all in right now," said Westwood. "It's been such a bizarre year, and the European Tour have done an incredible job to put tournaments on every week."

He added: "It's hard to quantify. It's been 20 years since I sat there at Valderrama to win the Order of Merit back then. It's not getting any easier but I'm still enjoying playing golf."

Fitzpatrick, 26, won the DP World Tour Championship for the second time in his career following his 2016 triumph at Jumeirah Golf Estates. The victory marks a sixth career title for the Englishman on the European Tour.

Related Articles
Opinion: Is the DP World Tour a better place with LIV Golfers allowed?
McIlroy defends Reed: "It's almost a hobby to kick him when he's down!"

Patrick Reed, who held the lead in the Race to Dubai for much of the tournament, will be left to rue consecutive bogeys at 16 and 17 as he fell out of contention for both the season-long race and the tournament itself.

To the American's credit, he chipped in for birdie at the par-5 18th to finish 13-under par, but it mattered little as Westwood had already birdied the last to post 14-under par in the clubhouse and move ahead of him in the Race to Dubai standings.

Laurie Canter had given himself every chance of a maiden European Tour title when moving to within two strokes of the lead with three holes to play, but he made a mess of the par-3 17th with a double-bogey five to fall back to 12-under par into a tie for fifth.