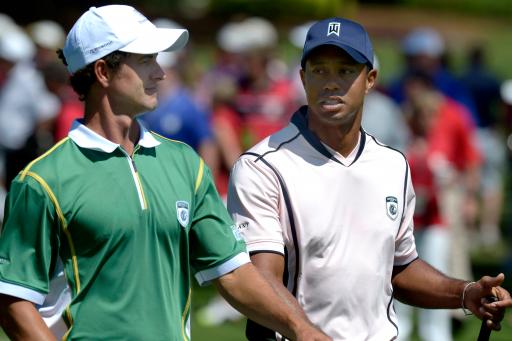 Adam Scott is asking golf fans who will be supporting the International Presidents Cup team to NOT show their support for Tiger Woods at Royal Melbourne.

Scott was speaking to the Herald Sun ahead of the biennial contest between Woods' United States side and Ernie Els' International team.

"Last time it was too friendly," Scott told the Herald Sun, referring to the last Presidents Cup at Royal Melbourne in 2011 which resulted in a 19-15 victory for Fred Couples' United States team.

"Quite bluntly, we want the home-crowd advantage, and I'll be disappointed if they are cheering enthusiastically for Tiger or anyone on the US team."

Scott believes it will be a tough task for the Internationals to win just their second ever Presidents Cup since the matches first began in 1994, but the Australian knows home support can often as a 13th man.

"I'm not saying be a poor sport, but one challenge our team has always had is gaining a home-soil advantage because it's rare that stars like Tiger and DJ [Dustin Johnson] come to Australia (2011) or Korea (2015) where we play these things, and the locals are excited to see them as much as anyone on our team," said Scott.

"But while we appreciate them very much, we don't have to cheer for them."

Scott will be the experienced man in Els' International side as he makes a record ninth appearance in the team.

He will make up one of three Australians on home turf alongside Marc Leishman and Cameron Smith.

Jason Day was forced to withdraw from the event last week due to ongoing issues with his back.

NEXT PAGE: JASON DAY OUT OF PRESIDENTS CUP