Veteran Alex Cejka landed a hole-in-one during a stunning comeback on his way to winning a mini-tour event in Arizona. 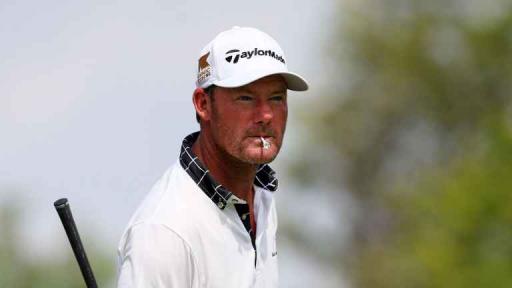 With golf's major tours on hold due to the ongoing fight against the coronavirus, veteran golfer Alex Cejka turned to a mini-tour event in Arizona for some action, where he pulled off a remarkable comeback to secure victory.

The 49-year-old from Germany has four European Tour wins to his name and has ammased over $12 million in PGA Tour earnings, including a victory at the 2015 Puerto Rico Open.

With no European or PGA Tour to play in at the moment, Cejka has been keeping his game in tact by playing on the Arizona mini-tour circuit and on Sunday.

On Sunday, Cejka showed his class and experience on the back nine to win the 54-hole Parker Open in Parker, Arizona, where he was six shots off the lead with just six holes remaining.

It looked an impossible gap to close, but Cejka made a stunning ace at the 198-yard par-3 14th and two hoels later found another eagle at 16, forcing a playoff with Ed Olson at 14-under par, which Cejka went on to win at the first extra hole.

"Somehow he heard about the event," said tournament director Steve Benton. "In fact, he said he was thinking about coming back next year to defend. I know $7,000 is nothing compared to the money he has played for in the past, but he said he and his family had a really good time."

Health and safety measures were put in place to limit social contact, although Benton admits he saw some questionable moments throughout the tournament.

"To be really honest with you, you would have thought there wasn't even a virus going around. I mean, I saw people shaking hands, standing close to each other," he said. "Seemed kind of casual out there.