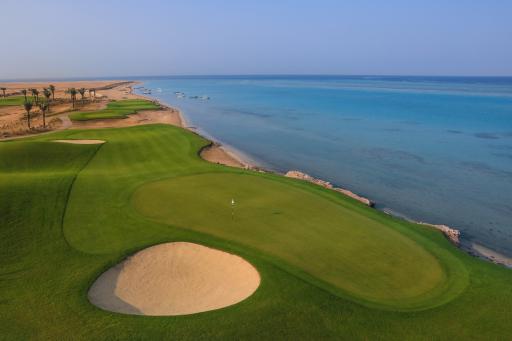 Amnesty International, the world's leading human rights organisation that campaigns against injustice and inequality, has told The Guardian that it considers "there's an unmistakable irony" behind two new Ladies European Tour events being announced in Saudi Arabia this November.

But according to Amnesty International, there is serious concern about such tournaments taking place in Saudi Arabia given the country's high-profile human rights violations.

"With leading Saudi women's rights activists currently languishing behind bars, there's an unmistakable irony to the spectacle of Saudi Arabia throwing open its heavily-watered greens to the world's leading women golfers like this," Kate Allen, director of Amnesty International UK, told The Guardian.

"Under the Crown Prince, Saudi Arabia has embarked on a major sportswashing drive, attempting to use the glamour and prestige of big-money sporting events as a PR tool to distract from its abysmal human rights record."

She added: "It’s almost exactly two years since the grisly murder of Jamal Khashoggi. It’s clear the Saudi authorities would prefer that golf handicaps are discussed this week, not their whitewash over Khashoggi’s killing.

"Every golfer considering whether to compete in Saudi Arabia ought to take a proper look at the human rights situation in the country and be prepared to speak out.

"We’d urge any golfer who makes the trip to Saudi Arabia in November to use her profile to help highlight human rights issues in the country, not least with an expression of solidarity with jailed women’s human rights defenders like Loujain al-Hathloul or Nassima al-Sada."

According to a report in The Telegraph this week, the ladies competing in both tournaments will be allowed to wear mid-calf or three-quarter length 'cut away' trousers and short-sleeved polo shirts.

Initially it had been expected that all players would need to wear full-length trousers as a result of the kingdom's strict dress code regulations.

The Telegraph also understands that both events in Saudi Arabia will be televised on Sky Sports Golf later this year.

It was also revealed earlier today that plans are still in place for a new Premier Golf League - featuring an F1-style format - to go up against the PGA Tour and European Tour, following the comments of Golf Saudi CEO Majed Al Sorour.

"It is still in negotiation," Al Sorour told The Scotsman.

He also confirmed the Saudi International will be added to the 2021 European Tour schedule and Dustin Johnson, Brooks Koepka, Patrick Reed, Phil Mickelson and possibly new US Open champion Bryson DeChambeau will be competing in the tournament.

NEXT PAGE: NEW PREMIER GOLF LEAGUE STILL ON THE CARDS