Andy Sullivan back in winner's circle at English Championship

Sullivan ends five-year wait for victory on the European Tour at Hanbury Manor... 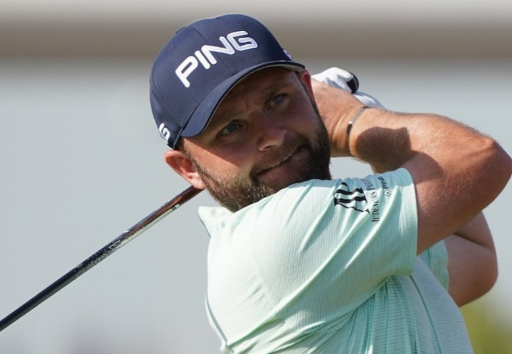 England's Andy Sullivan won his first tournament on the European Tour in five years with a commanding seven-stroke victory at the English Championship at Hanbury Manor.

Sullivan, 34, led by five strokes headng into the final round and continued to keep his foot on the gas on Sunday with a closing 65 to finish on 27-under par and seven strokes ahead of Spain's Adrian Otaegui.

"It’s frustrating that I didn’t kick on from 2015 but it’s just one of those things," said Sullivan, who won three times on the European Tour in 2015.

"It feels like the weight of the world is lifted off my shoulders that I’m back in the winner’s circle. I’m just proud of myself to come back and get that win in the manner I did.

"It didn’t feel like a seven shot lead out there. I got on 12 and see that Adrian was two shots behind and breathing down my neck, and it was just nice that I could keep pressing on with the putter there – it just got hot."

As Sullivan walked off the 18th green, he was greeted by a virtual congratulations from his family, and his step daughter certainly stole the show when telling him: "When you get back, we're going to get so much beer and we're going to spray it on you!" Watch the hilarious moment below...

"I think it was just the people that have missed this win, my brother-in-law was only 24 and he was taken from us so it’s quite emotional for him not to witness it. It means quite a lot for me to do it for him today, and a good friend of mine has passed as well," said Sullivan.

"So it means a lot to do that for them and it’s nice for my family, to win for my little boy who is only two years old, it’s just nice for him to see Daddy being successful, he hasn’t quite seen that yet. Also for me, I can’t remember too much about my emotions in the first three wins but I was fighting the tears back today down the last three holes.

A winner by SEVEN shots!