A heartwarming story has been revealed of Anthony Kim changing a young mother's life by giving her a huge tip at a restaurant. 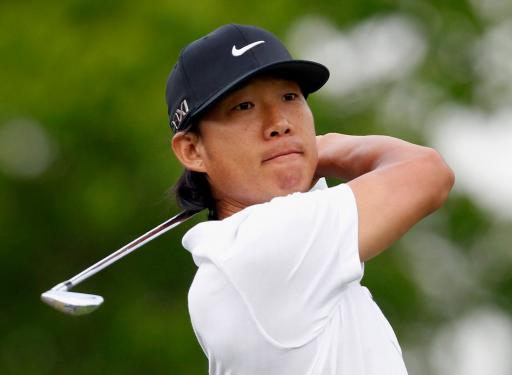 Anthony Kim was one of the most exciting players we'd seen on the golf course for a very long time and most of us thought he'd go on to be one of the all-time greats. Unfortunately, Kim hasn't played an event since 2012 after sustaining a wrist injury and it's likely he'll never return to the Tour. But that hasn't stopped a heartwarming story emerging about how he changed a young mother's life.

Adam Schriber, Kim's former coach, appeared on Chris Como's 'Swing Expedition' show and a teaser clip was released on Monday, where we heard a remarkable story about the former Ryder Cup star.

In the clip, Schriber tells a story from 2008, when Kim had recently won around $4.7 million and the two visited the California Pizza Kitchen in Palm Desert where they were served by a heavily pregnant waitress. Kim made a comment, thinking he was being polite, about how excited her husband must be for the baby, but instead of the happy response he was hoping for, the waitress broke down and told Kim how her boyfriend had just left her and she was terrified of supporting her child alone.

A few months later, Schriber and Kim returned to the saem restaurant and what happened next touched the heart of Kim's former coach.

“This waitress came running out of the back and showed Anthony a picture of the baby and gave him a hat and a big hug and they looked like they’d known each other for 30 years,” he says.”And I was like, ‘Dude, what was that all about?’ And he was like, ‘Well, remember when I stuck the size 12 in my mouth?’ And I was like, ‘Yeah.’

“He was like ‘Yeah, I left her — I can’t remember, it was either a $10,000 or $20,000 tip,'” Schriber said, clearly emotional remembering the moment. “And that’s the coolest thing to me, because this is a kid that when he was younger his family didn’t have a lot of money and I chose to help him, because I saw the potential, for no payment. And to see him give back and do things for other people — man, that makes me feel supernatural.”

Watch the clip for yourself below: