Bernd Wiesberger won his third European Tour title of the season, claiming the Italian Open on Sunday. Check out what clubs he had in the bag to do so. 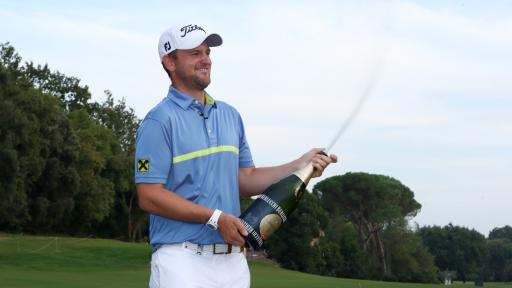 After missing the last seven months of action in 2018 due to a wrist injury, Bernd Wiesberger has wasted no time in making up for lost time, winning his third tournament of the year on Sunday when he claimed the Italian Open.

Wiesberger now has seven European Tour titles to his name and his win in Italy moved him above Jon Rahm to the top of the Race to Dubai standings and to 22nd in the world rankings, a career best for the 34-year-old.

Matthew Fitzpatrick will be kicking himself after coming close once again, as the Englishman held the lead heading into Sunday's final round, but a seven at the ninth gave Wiesberger the opportunity to take the lead and a six-under-par score of 65 put the Austrian at 16-under for the tournament, one better than Fitzpatrick.

"It's been a great summer for me," said Wiesberger. "I've had a lot of good golf and shown a lot of progress after coming back from the last year."

It was the fourth time this season that Fitzpatrick has finished as the tournament's runner up, as he still looks for his first victory of 2019, having won on the European Tour every year since his first victory in 2015.

Bernd Wiesberger - What's in the bag of the Italian Open winner?