There are plenty of golf memes doing the rounds on social media after Will Smith slapped Chris Rock following a joke about his wife at the Oscars. 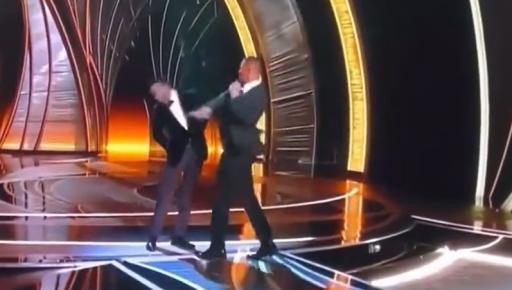 A large number of golf memes have been doing the rounds on social media today just hours after actor Will Smith smacked comedian Chris Rock on the stage at the Oscars last night.

Smith slapped Rock in the face after the comic made a GI Jane joke about his wife Jada Pinkett Smith.

"Jada, can't wait for GI Jane 2," said Rock, referrring to her shaved head, a result of her hair loss condition known as alopecia.

Smith initially laughed at the line by Rock, but then he got up and walked on stage to slap him.

He then returned to his seat and kept shouting: "Keep my wife's name out your f***ing mouth"

There was a momentary silence as a stunned Rock then said: "That was the greatest night in the history of television."

Just a look from Jada made will smith hit Chris Rock. I wonder what happens when they’re behind closed doors

Smith went on to win Best Actor at the Oscars for playing the father of tennis legends Serena and Venus Williams in King Richard, and he apologised for his actions.

"I want to apologise to the Academy," said an emotional Smith.

"I want to apologise to my all my fellow nominees."

"I look like the crazy father, just like they said about Richard Williams. But love will make you do crazy things."

Check out a selection of the best golf memes following the controversial incident at the Oscars:

“And now, here’s Zalatoris from three feet for par.” pic.twitter.com/x9APXtgsxZ