Tiger Woods will serve a mix of his past Masters Champions Dinner favourites for those with a Green Jacket... 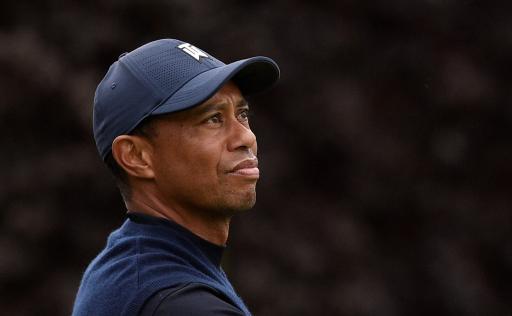 Tiger Woods will serve his fifth Masters Champions Dinner at Augusta National on Tuesday in a tradition that was first started by Ben Hogan back in 1952.

Masters Champions Dinner quarantine style. Nothing better than being with family.

The annual Masters Champions Dinner sees the previous year's winner serve food for all past Masters winners should they be able to attend.

WATCH: How would you play this IMPOSSIBLE Tiger Woods bunker shot?
'That simulator provides INSTANT feedback': Golf fans react to this painful shot

He is then plating up Steak and Chiken Fajitas for the main course, just as he did last time around in 2006, and he is then having Strawberry and Vanilla Milkshakes for dessert, like he did in 1998.

Betway, who is offering some fantastic value markets for The Masters, has taken a closer look at some of the best and worst Masters Champions Dinner Menus over the years, which you can read by clicking on the below link.

The feature examines the most popular choice of steaks picked by Masters champions, with beef leading the way on 15, and it also takes a closer look at the most popular starters, mains, side dishes and desserts.

Previous
Make your Masters pick to win QHotels bumper prize
Next
How TWO PLANKS OF WOOD can help your golf game during the Covid lockdown!