A few things you didn't know about the three-time major winner. 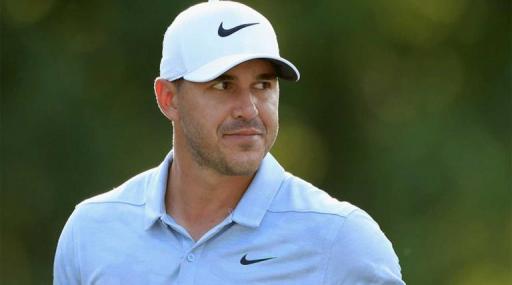 Brooks Koepka was born in Florida in 1990 and turned professional in 2012. Since arriving on Tour it's safe to say he's made quite the impact, winning three majors, reaching world no.1 and making multiple headlines. But how much do you know about Koepka...?

Koepka has won the US Open twice as well as the USPGA Championship, a title which he is currently defending this week and has made an incredible start, shooting a course record at Bethpage Black, putting him at the top of the leaderboard at seven under. But here are some things you might not have known about the big American...

1. Koepka is just the 5th player in history to win both the US Open and the USPGA Championship in the same year. He joins Gene Sarazen, Ben Hogan, Jack Nicklaus and Tiger Woods.

2. There have been 20 players including Koepka who have won two majors in the same year.

3. Koepka was involved in a car crash as a child that left him with facial injuries that meant he was banned from playing contact sports, which led to him starting golf at the age of 10.

4. Brooks is just the second player to win in his first start of a new season after winning the PGA Tour Player of the Year, the only other player to accomplish this is Tiger Woods.

5. When Koepka won the US Open for a second year running, he was the first player to do so since Curtis Strange in 1989.

6. His girlfriend is actress Jena Sims who has starred in films with legends like Morgan Freeman, Robert DeNiro and Michael Douglas.

8. There are three athletes who inspired Koepka with their mental toughness and work ethic, Michael Jordan, Kobe Bryant and Tiger Woods.