Brooks Koepka said if he could change one thing in golf it would be the "stuffiness" and "country club atmosphere" associated with the sport. 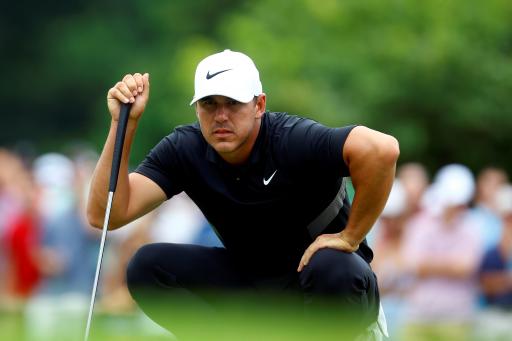 Brooks Koepka is one of the most talented golfers on the planet, there's no questioning that, but whether you like him or not is something that divides opinion. Personally, he's one of my favourite American golfers because he simply says it how it is, something that a lot of golfers tend not to do because they're afraid of getting on the wrong side of the Tour or their sponsors.

In a recent interview with GQ Magazine, Koepka spoke out about the "stuffiness" and "country club attitude" in golf and believes that it's an issue in growing the game.

"One thing I’d change is maybe the stuffiness. Golf has always had this persona of the triple-pleated khaki pants, the button-up shirt, very country club atmosphere, where it doesn’t always have to be that way. That’s part of the problem.

"Everybody always says, ‘You need to grow the game.’ Well, why do you need to be so buttoned-up? ‘You have to take your hat off when you get in here.’ ‘You’re not allowed in here unless you’re a member—or unless the member’s here.’ Really?

"I just never really liked the country club atmosphere. I know that drives a lot of people away from liking me. But just ’cause this golf club has such prestige and the members are all famous and have a lot of money…like, why can’t I show up and just go play the golf course? Why do I have to sit in my car and wait for the member?"

The four-time major champion then explained that he believes rules need to be set in place, but just not to the extent that we still see in today's game.

"I’m not saying no rules is the answer. But it’s like, you want everyone to enjoy themselves when they’re there, you don’t want to feel like you’re walking on eggshells when you arrive at the golf course. I don’t like feeling like I’m walking on eggshells everywhere I go."

You can watch Koepka in action at this week's Honda Classic at PGA National.

PGA Tour
Bryson DeChambeau vs Brooks Koepka: How and when to watch The Match!
PGA Tour
PGA Tour: How to watch CJ Cup and Round 1 and Round 2 tee times
PGA Tour
Tiger Woods in line for $8 million from PGA Tour after car crash ruled him out
PGA Tour
Ian Poulter takes to Instagram to announce he's GOING AFTER Bryson DeChambeau
PGA Tour
"You know the answer!" - PGA Tour star Brooks Koepka on his IDEAL fight opponent