Bryson DeChambeau is just one shot off the lead at the Rocket Mortgage Classic. 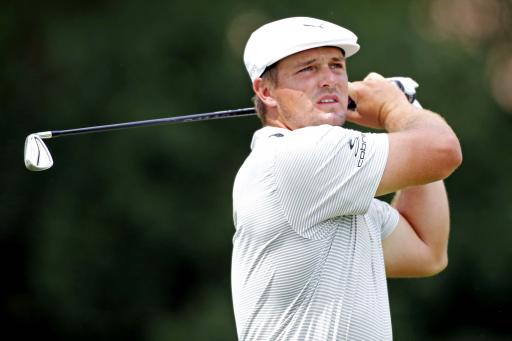 Bryson DeChambeau was in fine form once again in Detroit and finds himself just one shot off the lead in the Rocket Mortgage Classic, in what proved to be another low scoring day on the PGA Tour.

Doc Reedman and Scott Stallings - both tipped to have a great week by GolfMagic editor Andy Roberts - share the lead with Kevin Kisner after the American trio shot the lowest rounds of the day with a 7-under par score of 65.

DeChambeau is joined in the chasing pack just one shy of the lead with six other players, including Englishman Matt Wallace, who was recently widely criticised for continuing to play in the Travelers Championship when his playing partner had tested positive for coronavirus.

Rickie Fowler played the best golf we had seen from the charasmatic Ryder Cup star in a long time, shooting a 5-under round of 67, whilst in-form Tyrrell Hatton overcame a few poor moments to salvage a respectable 4-under par round.

Redman climbed to the top of the leaderboard on the back nine by making seven birdies over the last eight holes and then Scott Stallings birdied three of the last four to share the clubhouse lead, before Kisner made it a share between three with his bogeyless 65.

DeChambeau continued to show off his new size and power, smashing drives down the fairway with incredible swing speed. His drive on the 14th hole carried a whopping 343 yards before rolling out to a total of 376, with a ball speed of 196mph.

The 26-year-old needed just a 9-iron to get on the green in two on the par-5, before holing the putt for eagle.

NEXT PAGE: "Bryson is beyond a joke": Social media reacts to DeChambeau's drives