Bryson DeChambeau reveals exactly how he has become a BEAST! 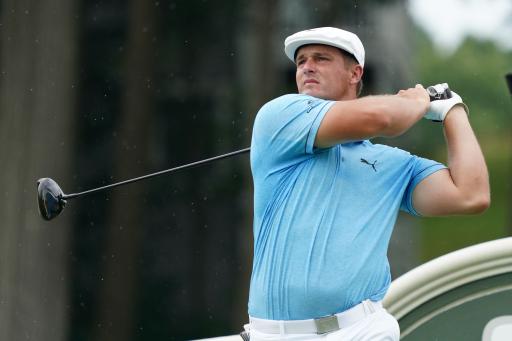 Bryson DeChambeau has revealed exactly what he eats and drinks on a daily basis following his dramatic body transformation that has seen him go from 195 to 240 lbs ahead of this week's Rocket Mortgage Classic.

DeChambeau, who starts a warm tournament favourite at 6/1 this week, claims to drink seven protein shakes per day and consume somewhere between 3,000 and 3,500 calories per day.

"I won't go too into detail because this is some of the secret sauce that we've figured out," said DeChambeau, who has chalked up six consecutive top-eight finishes on the PGA Tour.

"I would say that in the mornings I usually have four eggs, five pieces of bacon, some toast and two Orgain protein shakes.

"After that, I'm snacking when I'm practicing after. I go back to the hotel, eat a dinner, steak, potatoes, and I'll have two protein shakes with it there as well. So I'm consuming around, I'd say, around six to seven of those Orgain protein shakes a day, where I used to be two or three.

"With the weight up, I just had to consume a lot more. Luckily, I like the taste of those shakes so I can take those pretty easily."

What do you make of DeChambeau's body transformation? Share your throughts and comments on our social media channels.