Bubba Watson: I'd rather be vice-captain than player at Presidents Cup 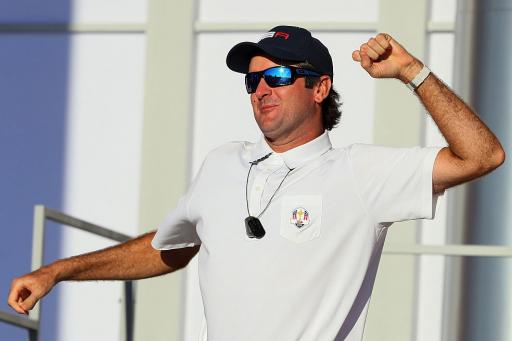 Bubba Watson has revealed how he would rather be a vice-captain than a player for the United States at the 2019 Presidents Cup, according to the Associated Press' Doug Ferguson.

The United States team - captained by Tiger Woods - will battle Ernie Els' International side at Royal Melbourne GC in Australia from December 12, 2019.

"I have been bugging Mr. Tiger Woods about being a vice captain for Australia,'' Watson told the AP.

''I would love the honour of doing that again. The reason why is I feel like I can service. For me personally, I have more enjoyment serving 12 guys than playing."

The two-time Masters champion was an assistant to Davis Love III despite being the seventh-ranked player in the world at the 2016 US Ryder Cup which the Americans won, and he later admited to that week being "the greatest thing I've ever done in golf."

Watson, currently the 17th best player in the world, owns a relatively weak 4-10 record as a player in the Ryder Cup but an improved 5-3-2 record at the Presidents Cup.

"I always bug Tiger,'' said Watson. ''He says, 'You need to be playing.' I said, 'Look, man, we've never won a Ryder Cup with me playing, but we've won when I wasn't playing. So me and you need to be captain and vice captains.' That's our joke. I've told him, 'Listen, I'll do anything to help you if you want me. If you don't, that's fine.'"

Golf news
WATCH: Is this the most OUTRAGEOUS golf swing you have ever seen?
PGA Tour
Lexi Thompson honoured to be alongside Bubba Watson at QBE Shootout
PGA Tour
Masters champion Bubba Watson on Saudi Arabia: "They're TRYING to change"
PGA Tour
PGA Tour players REACT to Tiger Woods' return at PNC Championship
PGA Tour
How to watch the QBE Shootout: A UK and US TV Guide for the PGA Tour