Bubba Watson opens up about mental health battle: 'I thought I was going to die'

In an interview with Golfweek, Bubba Watson opens up about dealing with anxiety. 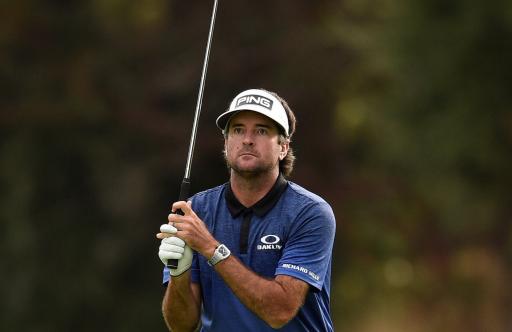 Bubba Watson has opened up about dealing with anxiety in an interview with Golfweek, where the two-time Masters champion said that at times his mental health struggles caused him to think he was going to die.

In 2010, Watson lost his father Gerry, a former Green Beret who battled post-traumatic stress disorder and died after a long battle with cancer.

Watson, who is approaching his 42nd birthday, said that his anxiety led him to think about his father, which caused more mental health issues.

“I had a lot of noise in my head,” Watson told Golfweek in a recent phone interview. “I thought I was going to die. It was rough.”

“When I started losing the weight and was getting skinny, it gave me flashbacks to my dad. So that gave me more mental issues, more anxiety.

“So I quit weighing myself.”

Watson lost around 30 pounds 18 months ago due to the fear within his mind building up so much it made eating pretty much impossible. When Watson was asked by others why he had lost so much weight, he often said it was a medical conditin but would give no further details.

The 12-time PGA Tour winner said that he has seeked the help of professionals and his mental health is on the mend, but talking about his issues has been a major factor in his improvement.

“I’ve sought help in many different ways, many different forms, trying to overcome it,” Watson added. “It really comes down to me being nuts. I’m trying to make light of it because using humor helps. But it’s all in my head. It’s all anxiety.

“I think more people are speaking out about mental issues and I want to be one of them. I think it’s the only way to get through it. We’re designed to talk to people, to air it out, and get help. I am old enough now to realize my life is a waste if I don’t share, if I don’t try to get better myself so I can help other people.”

NEXT PAGE: Jack Nicklaus receives backlash following statement on why he voted for Trump