Golf fans have hit out at Jack Nicklaus on Twitter after he released a statement explaining why he has voted for Donald Trump. 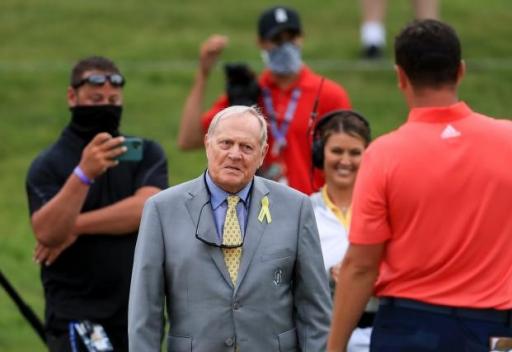 Election Day is right around the corner and while we at GolfMagic (a UK based publication) take no sides when it comes to politics, Jack Nicklaus has made his thoughts clear on why he believes Donald Trump is who the American public should be voting for, but he has immediately received a major backlash following his statement on Twitter.

Nicklaus is arguably the greatest golfer of all time, with 73 wins on the PGA Tour and a record of 18 major victories, but it seems the 80-year-old legend has now lost the respect of many golf fans, due to siding with Trump in the upcoming election.

"I have lost all respect for Jack that I ever had. This was a horrible horrible thing to do. I respect the Nicklaus name no longer. I will not play any of his courses or have anything to do with his “brand” going forward. Very poor choice of words and very poor choice to side with," said one golf fan.

The statement took a matter of minutes to go viral on Twitter, which partly read: "I was taught strong family values and worked hard to pursue my own dreams - my own American dream. I also believe that Donald Trump's policies will bring the American Dream to many families across the nation who are still trying to achieve it.

"You might not like the way our President says or tweets some things – and trust me, I have told him that! – but I have learned to look past that and focus on what he’s tried to accomplish.

"This is not a personality contest; it’s about patriotism, policies and the people they impact. His love for America and its citizens, and putting his country first, has come through loud and clear. How he has said it has not been important to me. What has been important are his actions. Now you have the opportunity to take action."

Check out some of the replies to Nicklaus' statement below, or head over to Twitter to see more.

Mr. Nicklaus as a golfer I have great respect for your accomplishments. Unfortunately you have disappointed me with your endorsement of Trump. From this day forward I will always remember you supported a Racist. I will continue to respect the golfer not the person.
Mick

Sir, you have been one of my heroes for as long as I can remember. Through my grandfather and you, I was introduced to a game I love. I don’t have any followers, so not a big name. How did you get this so wrong? So disappointed, crushed, and stymied.

I have lost all respect for jack that I ever had. This was a horrible horrible thing to do. I respect the Nicklaus name no longer. I will not play any of his courses or have anything to do with his “brand” going forward. Very poor choice or words and very poor choice to side with

My dad (god rest his soul), a golf coach and history teacher, would be absolutely horrified by this. As a female golfer I’m disgusted.

This will be a stain on your legacy and that hurts my heart.

"In my opinion, he has been more diverse than any President I have seen"
Really wondering what definition of "diverse" could satisfy this opinion.

Jack failed to reveal he is business partners with Trump in a New York City golf course (operate by Trump, designed by Nicklaus). In addition, Trump's Administration steered $20 million to the Nicklaus Children's Hospital.