Can I take my shot again if I accidentally hit my ball during practice swing?

Hit your golf ball without meaning to? Well in some cases you can replace it and take it again... 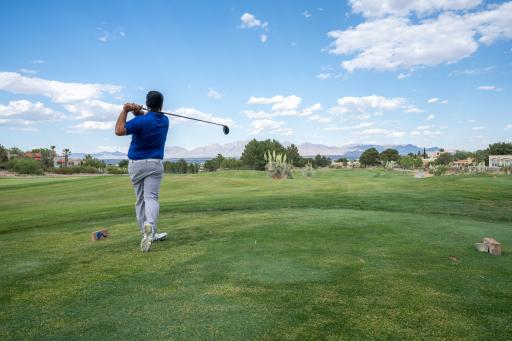 Some of you may have been there before (I know I have) when you're standing on the tee taking a big practice swing with your driver and you accidentally clip your golf ball. One of your mates gives it the sarcastic "that's one" and you all have a laugh about it. But what's the actual rule in this situation?

Hitting your ball by accident can lead to a one-shot penalty, but not in this case.

There was a debate on Twitter recently between golf fans after an old video emerged of a player on the PGA Tour taking a practice swing on the middle of the fairway and a chunk of grass shot forward and hit his ball. Watch the incident in the video below:

If Monday were a golf shot ... pic.twitter.com/GSfolu9QBW

Now in that case, the player received a one-shot penalty, but if you hit the ball by accident during a practice swing on the tee, your ball is technically not in play until a 'stroke' is made.

Ball Is Not in Play Until Stroke Is Made. Whether the ball is teed or on the ground, when starting a hole or playing again from the teeing area under a Rule:

The definition of a 'stroke' according to the R&A is: The forward movement of the club made to strike the ball.

But a stroke has not been made if the player:

A prime example of this happening is at the 2019 Masters, when Zach Johnson hit his ball during a practice swing:

Zach Johnson hits the ball on his practice swing at 13!

Luckily for him, he was able to retake and he went on to make birdie pic.twitter.com/xO7wsEiPYM

If you accidentally hit your ball during a practice swing on the putting green, under Rule 13.1d (1) you are able to replace it wihout a penalty, but remember, anywhere else on the course - fairways, bunkers etc - whether you meant to hit your ball or not, it's going to cost you a shot.

NEXT PAGE: REVEALED! How many practice swing you should be taking...