Charley Hull secures the first event of the anticipated Rose Ladies Series on her first week out with the new TaylorMade SIM Driver and TP5 Golf Ball. 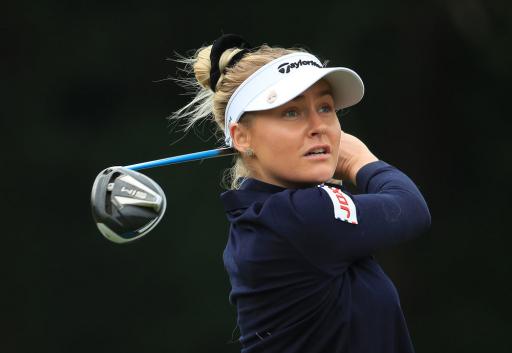 Team TaylorMade athlete, Charley Hull wins the inaugural event of the Rose Ladies Series at Brokenhurst Manor Golf Club using a bag of TaylorMade equipment and golf ball. In tough, wet conditions Charley shot a round of level par to secure a playoff place, before going on to birdie the first extra hole and claim victory.

Hull looked as though she was going to win the tournament, with a two-shot lead with just two holes remaining, but a double bogey at 17 and a par down the last forced a playoff against event organiser Liz Young.

Three-Time tour winner and current World No.25 Hull then rolled in a 15-foot putt for birdie in the playoff to win the tournament and the £5000 prize.

Justin Rose, who is sponsoring the eight-event series, contributed £35,000 towards the prize money, which was then matched by retail giants American Golf who have been named the title sponsor of the series.

Hull will look to make it two in-a-row as she tees it up at the next tournament in the Rose Series at Moor Park on June 25, with the following event at Buckinghamshire Golf Club on July 2.

The English golfer put the TaylorMade SIM driver in the bag for the first time at Brokenhurst Manor, whilst it was also the first time Hull had used the TP5 ball.

Charley Hull - What's in the bag