The likes of Eddie Pepperell and Chris Paisley take the mick out of not receiving a wildcard pick. 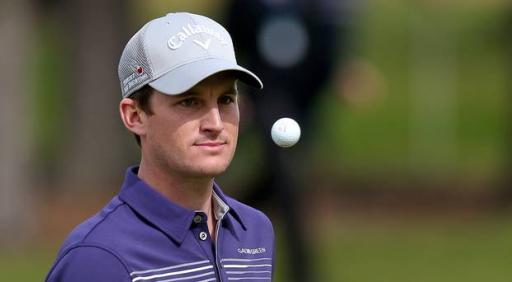 Thomas Bjorn may have opted for experience with his quartet of wildcard picks, but that hasn't stopped a number of disappointed European players from tweeting their take on matters.

While few of us could disagree with Ian Poulter's inclusion, and to some extent Paul Casey, there had been serious question marks over whether Bjorn would put his faith in major winners and Ryder Cup veterans Sergio Garcia and Henrik Stenson given their current form and health worries.

The Dane has done exactly that, however, and left a number of disheartened Europeans on the sidelines. One of which is in-form Englishman Eddie Pepperell, who in typical fashion posted a tongue-in-cheek take on matters with one of his followers...

Even if it was about the number of Twitter followers Gary, the four that got picked would still get picked ahead of me! If however, the selection process was a reflection of how big a wanker one probably is, then I’m second pick. Behind you. https://t.co/DdFwLVoeFM

While never really in the running for a pick, compatriot Chris Paisley - who failed to build on winning the SA Open in January - went one better...

I did manage to speak to @thomasbjorngolf today. He said “Chris, based on experience, ability, and form, I have literally dozens of better options, now stop ringing me” disappointing, but like I said, everyone has an opinion...

He even tweeted a little dig at Tyrrell Hatton...

All I heard is that @TyrrellHatton is going out first every session so that there are no spike marks for him to hit https://t.co/Cows70CP81

Fellow Englishman Matt Wallace, who landed a third European Tour title of the season in Denmark on Sunday, has yet to make a comment on social media, but we imagine he will be one of the most disappointed European players of all given he has won more European Tour titles than anyone else on Bjorn's team in the last 15 months with four victories.

Equipment Reviews
Golf Betting Tips: Sahith Theegala to bounce back at John Deere Classic?
Golf Betting Tips: Sam Burns to secure fourth win of season at Travelers?
Wallace tees up at this week's European Masters in Switzerland with a number of other European stars who missed out on a pick including former Ryder Cup players Matt Fitzpatrick and Thomas Pieters.