The CJ Cup will now be played at Shadow Creek in Las Vegas, the PGA Tour has announced. 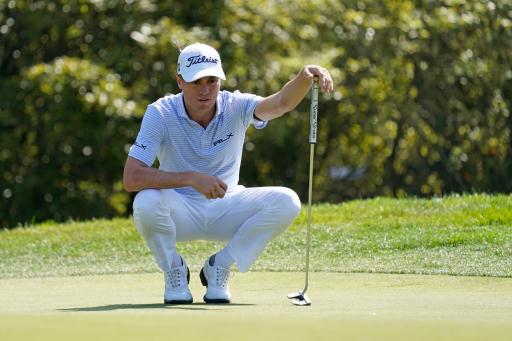 The PGA Tour has announced that the CJ Cup will be played at Shadow Creek in Las Vegas this year, instead of South Korea.

The event is heading into its fourth year after Justin Thomas claimed the trophy at Jeju Island back in 2017 and again last season, with Brooks Koepka winning the tournament in 2018.

Due to travelling logistics, the PGA Tour has chosen Shadow Creek to host the event in mid-October, as the Shriners Hospitals for Children Open takes place a week before at TPC Summerlin, which is also located in Las Vegas.

"The CJ Cup quickly became one of my favourite events on Tour," said Thomas. "While winning twice certainly helped, the hospitality shown to us by CJ Group and the Korean community has made the tournament special to all of us as PGA Tour players.

"It's unfortunate that we won't be able to travel to Korea for this year's event, but it is fantastic that we will still be able to shine a light on CJ Group through the tournament at a venue like Shadow Creek."

"While our players have always looked forward to visiting Korea, the current circumstances provided this new opportunity to bring the event to Las Vegas which will also provide brand exposure and awareness to the viewing audience in the United States and around the globe.

"We are thankful for the partnership and support that CJ Group and the Korean PGA have shown in view of the circumstances. We are confident this year's event will showcase a stellar field while bringing the CJ Group's brand values to a new time zone.

"This will create an exciting and seamless two-week Las Vegas swing for the Tour and our players."