Dustin Johnson is determined to win his first FedExCup and believes he is in great shape to do so. 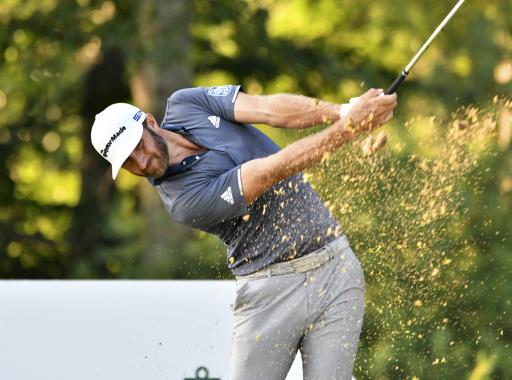 Dustin Johnson is relishing the opportunity to win his first FedExCup and the American believes he can continue his form at the BMW Championship after demolishing TPC Boston to win The Northern Trust.

Not only did Johnson secure his 22nd PGA Tour title when he won the first FedExCup play-off event by 11 shots, but the 36-year-old reclaimed the World No.1 spot, a position he hadn't held since May 2019.

There's no denying that Johnson has been one of the most dominant players on the PGA Tour since he arrived on the scene, but even with his huge tally of professional wins, he is yet to win the FedExCup.

Johnson's victory at The Northern Trust took him to the top of the FedExCup standings, with the top 70 players advancing to this week's BMW Championship at Olympia Fields, before the final 30 battle it out at East Lake for the Tour Championship.

Finding his form at the perfect time, Johnson believes he is now in great shape to win his first FedExCup.

"Obviously, a goal of mine is to be a FedExCup champion," said Johnson. "It's something that I really would like to be that I haven't done yet.

"I've been close a couple times, but obviously this week is another week for me to go out and play well and hopefully hold that No 1 position going into East Lake because that's where you want to be starting next week is No 1.

"But being No 1 is a bonus, but you're still going to have to play really good golf if you want to win the FedExCup Championship," added Johnson, who believes his form bodes well for big weeks at Olympia Fields at East Lake following a performance he described as the best ball-striking week of his career.

"East Lake is a tough golf course, you've got to drive it straight, got to hit quality iron shots," he said. "And then I've had kind of a mixed bag of tournaments at East Lake. I've played there a lot. I like the golf course. I either play it really well or I play it horribly. But it's a tough golf course.

"I feel like the more I play it, the more comfortable I get. Obviously with my game feeling as good as it is right now, I'm really looking forward to going to East Lake because it's a golf course where if you drive it straight there, you can shoot good scores, and right now obviously I'm driving it pretty straight.

"Hopefully I can continue doing that for the next couple weeks, and I think we'll be in good shape."