Former Ladies World No.1 and her caddie involved in golf cart accident at LPGA event 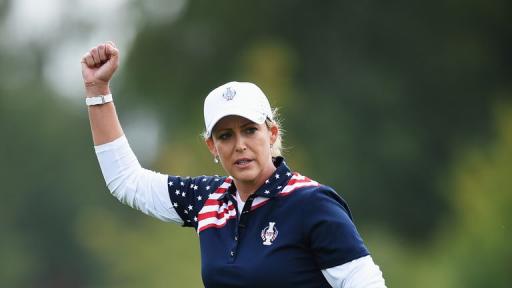 Cristie Kerr, the 20-time LPGA Tour champion, was forced to withdraw from the second round of the Volunteers of America Classic on Friday after sustaining "serious" injuries with her caddie Matt Gelczis in a golf cart incident.

The incident is said to have happened in the early hours of Friday morning ahead of Kerr's second round at Old American Golf Club, according to a report in Golfweek.

The former Ladies World No.1 and Gelczis were said to have been rushed to an emergency room where they spent the majority of the day.

Kerr's husband Erik Stevens told Golfweek that both Kerr and Gelczis suffered "multiple serious injuries before being discharged late in the afternoon."

The 43-year-old American carded an opening 1-over round before withdrawing from the event the following morning.

Angela Stamford went on to win the tournament by one stroke on 7-under par.

Kerr is a 20-time LPGA Tour winner with two majors to her name at the 2007 US Women's Open and 2010 Women's PGA Championship.

She has also represented the United States at nine Solheim Cups and is currently ranked 109th in the Rolex Women’s World Golf Rankings.

The LPGA welcomes its final major of the year this week at the US Women's Open at Champions Golf Club in Houston.

Charley Hull and Georgia Hall will spearhead the English hopes for a first victory in the major since Alison Nicholas in 1997.