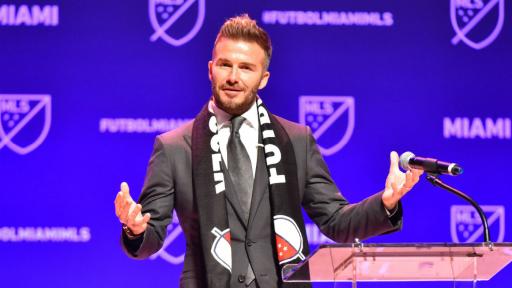 David Beckham's plans to build a new stadium for his new Miami MLS football team has hit a road block in the shape of Melreese Golf Course, home to the First Tee of Miami.

Beckham, a former Manchester United and England legend, met with the Miami City Commission on Thursday night to discuss his proposal for a 25,000 seat stadium, football pitches and a restaurant among other things.

However, the land is currently the site of Melreese Golf Course - home of the First Tee, which is a youth development organisation that introduces the game of golf and its inherent values to young people.

During what became a heated meeting, Beckham's group were joined by a group of First Tee members and supporters who all wore matching orange T-shirts in protest. Even PGA Tour pro and Miami native Erik Compton was in attendance.

"I’ve had the opportunity to play very beautiful golf courses all around the world, " said Compton.

A petition to save the Melresse has more than 23,000 signatures.

Another meeting will be held next week.