DeChambeau forced to withdraw from John Deere defence with injury

Bryson DeChambeau was unable to complete his opening round at the John Deere Classic after injuring his shoulder. 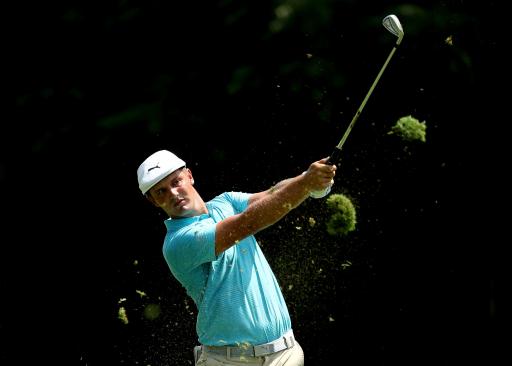 Defending champion Bryson DeChambeau was forced to withdraw from the John Deere Classic after injuring his right shoulder while playing his opening round.

The 24-year-old American was clearly in pain when hitting an iron on a par-three, which can be viewed below.

Bryson DeChambeau has withdrawn from the @JDClassic with a right shoulder injury. pic.twitter.com/VjI7QrToqJ

"On two I hit the shot out of the rough on the right, and I just didn't feel great after that," DeChambeau said. "I probably overloaded the muscle, my delt. And that's something I've got to work on in the future, get it a little stronger so that stuff doesn't happen."

DeChambeau, who has five top-five finishes since February, was also forced to withdraw from the Valspar Championship in March with a back injury.

"I think I've just got to take care of my body a little bit better," he said. "I'm learning more and more each year, almost every month, pretty much."

bryson dechambeau
John Deere Classic
PGA tour
withdraw
Previous
Mickelson: 'it's not been my best month'
Next
Bowditch has local, 17, on the bag because once that was him