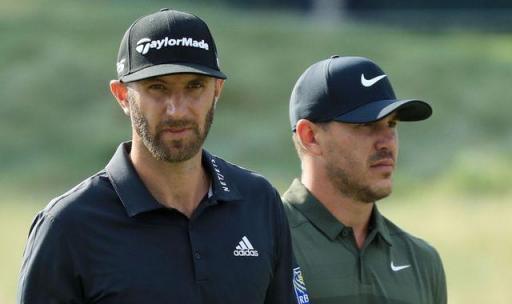 Two of the world's leading golfers Brooks Koepka and Dustin Johnson have confirmed their entries in the European Tour's controversial Saudi International with a $3.5 million prize fund from January 30 to February 2.

World No.1 Koepka and defending champion Johnson will headline the field at Royal Greens Golf & Country Club in its second iteration, which caused much contention in its inaugural event.

The tournament fell several months after the death of Jamal Khashoggi, a journalist who had spoken out against Price Mohammed bin Salman in Washington Post columns. The US resident was killed inside the Saudi Consulate in Istanbul after agreeing to meet there.

Judging by Koepka's comments ahead of the 2020 renewal, it would appear the big-hitting American is a huge fan of the tournament.

"I’m excited to be returning to Saudi Arabia, after an enjoyable visit last year," said Koepka, who finished tied 57th in February.

"The golf course is one of the best I’ve played in the region, with incredible scenery, including some breathtaking views of the Red Sea.

"The event is an opportunity to showcase the work being done to grow the game of golf in the Kingdom, which was evidenced by the enthusiastic fans last year. It is great to be involved with the initiative and I look forward to seeing the progress Golf Saudi has made in the past year."

Former World No.1 Johnson is unsurprisingly also a fan, especially after his two-stroke victory in the 2019 tournament.

" I have very good memories from the week and look forward to defending my title.

"It’s great to see how Golf Saudi has strengthened its commitment to create a world-class golf event and plans to grow golf in the region are in full swing. It’s an honour to be a part of it."

It is estimated the big-name players in attendance, such as Johnson and Koepka, will be receiving around the $1 million mark to compete in the tournament.

The 2019 tournament attracted even bigger talking points when Sergio Garcia was disqualified for 'serious misconduct' after tearing up a number of putting surfaces. He was also spotted losing his rag in one of the greenside bunkers. WATCH HERE.

According to reports, Tiger Woods turned down the biggest appearance fee of his life - estimated at $3.3 million - to compete in the tournament last year, while Paul Casey, a UNICEF ambassador, also declined the invitation.