Dustin Johnson has won so many times on Tour, he can't even remember

Dustin Johnson may have won 20 times on the PGA Tour, but just don't ask him to name the one the week after he won the 2016 US Open. 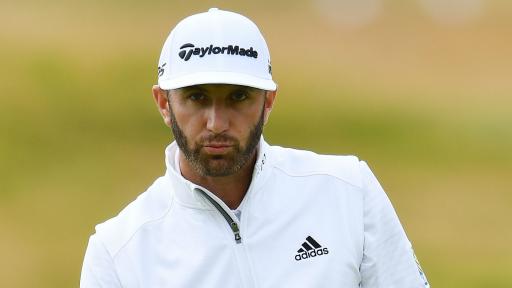 Dustin Johnson was quizzed by the media as to exactly what it was like for him in his first start back having won the 2016 US Open, in order to gauge just how his compatriot Gary Woodland would likely be feeling heading into this week's Rocket Mortgage Classic. His reply was, well, classic DJ...

"Honestly, I don't even remember," said Johnson, who lines up as a warm favourite this week as he goes in search of a second PGA Tour title of the season and 21st of his PGA Tour career.

After a little bit of help from another journalist in the room as to the tournament (WGC Bridgestone) he was playing in after sealing his first major title at Oakmont, the World No.2 still couldn't even remember where he finished that week.

“It was Akron? And I won there? Awesome!” said Johnson, who carded rounds of 66 on the weekend to hold off Scott Piercy for back-to-back wins on Tour.

“I mean, that was a long time ago. And then Akron, it was before the Olympics so the schedule was all weird. That’s probably why I don’t remember.”