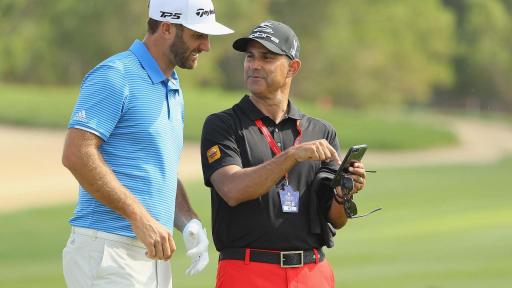 Dustin Johnson has confirmed he is no longer working with golf swing coach Claude Harmon, who also works with World No.1 Brooks Koepka.

Johnson, 34, had been working alongside Harmon for the best part of five years but has now decided to change things up as he goes in search of his second US Open title at Pebble Beach in two weeks time.

According to Golf Channel's Todd Lewis, who first broke the news on Sunday evening at the Memorial Tournament, Harmon had explained he had been surprised to see the World No.2 working with instructor Allen Terrell at Bethpage during the US PGA Championship.

Reports claim that Harmon attempted to reach out to Johnson concerning his work with Terrell, but there was no response.

Johnson is expected to continue to work alongside Claude's father and Tiger Woods' former long-time coach Butch Harmon via video, while also continue his work with Terrell out in Las Vegas.

Despite the split, Johnson's management team has since revealed to Lewis via text message how the 20-time PGA Tour champion has "great respect" for Harmon.

The text read: "I have great respect for Claude both as an instructor and friend, and I appreciate all he has done to further my career. He has undoubtedly helped me reach many of my goals."

Johnson won 12 times on the PGA Tour while having worked under Harmon's wing.

The big-hitting American will bid to defend his Canadian Open title this week before heading off to the US Open at Pebble Beach, a venue he typically plays well on.