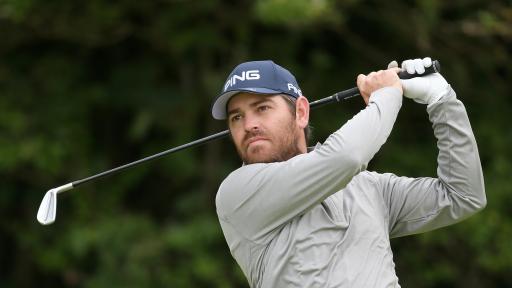 The South African won his first SA Open on home soil after beating Romain Langasque by six shots in Johannesburg.

It was Oosthuizen's first Tour victory in three years and he was overwhelmed with joy, as he could barely get his words out during his interview after being crowned SA Open champion.

Great family and friends, they're always with me. It's been great, it's been phenomenal.

"Great family and friends, they're always with me."

Oosthuizen went into the final day with a three-shot lead that quickly became one, when he bogeyed two of the first three holes on Sunday. The 2010 Open Champion bounced back with a string of birdies to end the final day with a 67 and a comfotable win, his first in almost three years.

"This feels very special, this is perfect," said Oosthuizen. "I wish the family was here, but the crowd was great this whole week, it was nice to do it for them," he added.

Louis Oosthuizen: What's in the bag of the SA Open champion?