Finau two off the lead at Masters: 'nothing short of a miracle' after dislocating ankle

Tony Finau two shots off the lead despite playing through pain. 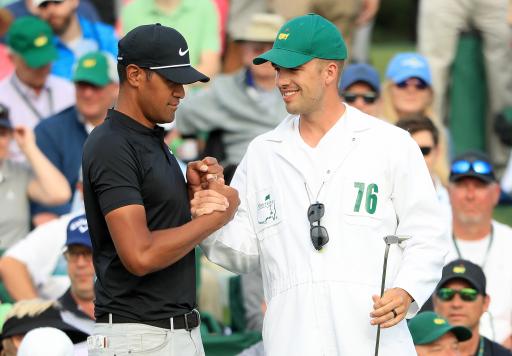 Tony Finau sits two shots off the lead at the Masters a day after dislocating his ankle celebrating a hole-in-one in the Par Three Contest on Wednesday.

On the seventh hole, he ran off the tee box celebrating the ace, before turning his ankle and popping it back in.

It seemed he would be unable to compete in his first Masters, but an X-ray showed there were no broken bones.

"I feel like my back's been up against the wall my whole life, so something like this is just another part of the story, I guess," said Finau.

After telling his caddie he would compete at 11PM on Wednesday night, Finau woke to intense swelling and was hardly able to walk. But it seemingly didn’t hurt his scorecard.

"To be in this position I'm at now, when I woke up this morning, (it's) nothing short of a miracle if you ask me," Finau said.

After a bogey on the first, Finau went on to card six birdies.

"He's in pain, but nothing overwhelming," said his caddie Doug Bodine. "And even if it was, I think he still would have made it to the first tee. He's worked his whole life to be in this spot."