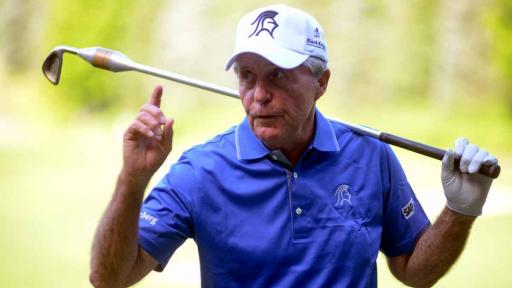 Gary Player has won a $5 million legal dispute against his son, according to multiple reports.

Player, 84, may be best remembered for winning nine major titles, highlighted by a hat-trick of Green Jackets and Claret Jugs, but he has also excelled off the course with a number of business ventures such as golf course design, clothing and wine under his 'Black Knight' nickname.

Documents from the Palm Beach County Circuit Court claim the South African was owed unpaid royalties between 2014 and 2018 from the Gary Player Group, which is run by one of his six children, Marc Player.

The report adds "along with the payout ($5 million), the World Golf Hall of Famer receives the rights to his name and likeness back from the company."

"Based on the lawful termination of that Agreement, and this stipulation, all such Ownership Rights as definite in the 2013 Agreement revert back to Player’s sole and exclusive ownership, so that GPG no longer has any right to use the Player name, likeness, image, or any of the other Ownership Rights as defined in the 2013 Agreement," read the court document.

Apparently the settlement between both parties was reached last month, with the assignment finalised on Monday this week.

No further details have been disclosed as to what the dispute was about.

Player became the only non-American to win all four majors in a career, known as the career Grand Slam, when he landed the 1965 US Open at the age of 29.

At the time, Player became the youngest player to achieve that particular feat, before Jack Nicklaus (26) and then Tiger Woods (24) went on to break the record.